The Revealing (Inn at Eagle Hill #3) by Suzanne Woods Fisher 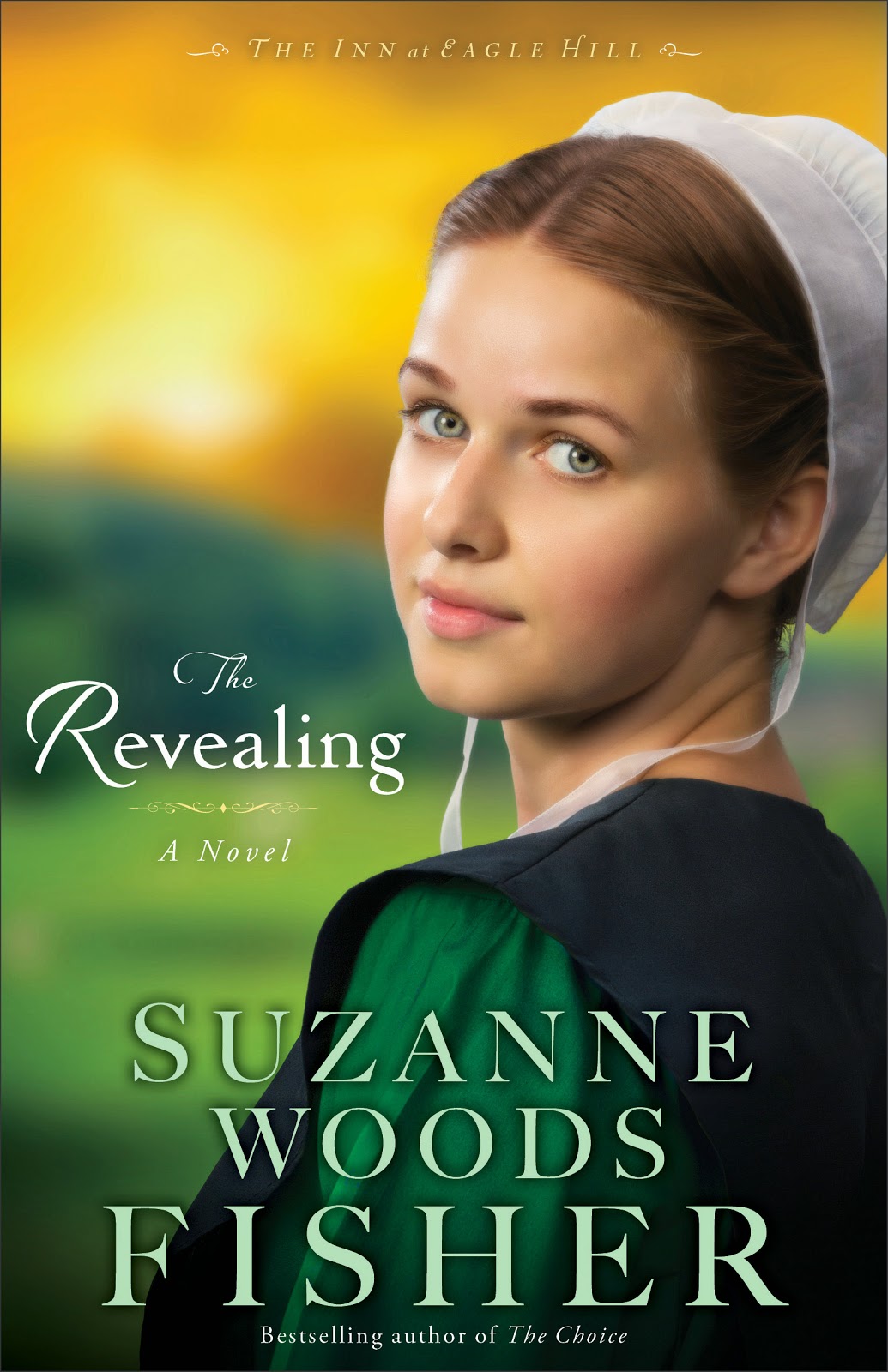 Love does extraordinary things to people . . .

In a single, impulsive act, Naomi King chooses to follow her heart into unfamiliar territory, jeopardizing all that she holds dear. If anyone finds out what she's up to, she's in for trouble. But when it comes to Tobe Schrock, Naomi believes it's worth it. But it all comes crashing down when a young woman arrives at the Inn at Eagle Hill with an unexpected delivery for Tobe. Add a guest at the inn with a curious talent and a genealogist who is more interested in modern-day Schrocks than in old family trees, and evidence starts to mount that points to something sinister at work. Or someone. In this riveting conclusion to The Inn at Eagle Hill series, bestselling author Suzanne Woods Fisher pulls out all the stops with a fast-paced tale of deception, revelation, and romance.

Suzanne Woods Fisher is the bestselling author of The Letters, The Calling, the Lancaster County Secrets series, and the Stoney Ridge Seasons series, as well as nonfiction books about the Amish, including Amish Peace. She is also the coauthor of an Amish children's series, The Adventures of Lily Lapp. Suzanne is a Carol Award winner for The Search, a Carol Award finalist for The Choice, and a Christy Award finalist for The Waiting. She is also a columnist for Christian Post and Cooking & Suchmagazines. She lives in California. Learn more at www.suzannewoodsfisher.com and connect with Suzanne on Twitter @suzannewfisher.

I have enjoyed this series so much so the characters have a special spot in my heart. The author wraps all of the characters in one nice package THE REVEALING. The unsolved was solved but not without much heartache. Love lives in their hearts while many of the character have new beginnings. God directed them and they hesitantly followed. Talking and praying to God giving Him control was the only way. He will Reveal the way as He does in this series.

Disclosure:I received a free copy of this book from Revell/Netgalley for an honest review.

Yankee in Atlanta,Heroines Behind the Lines #3, by Jocelyn Green 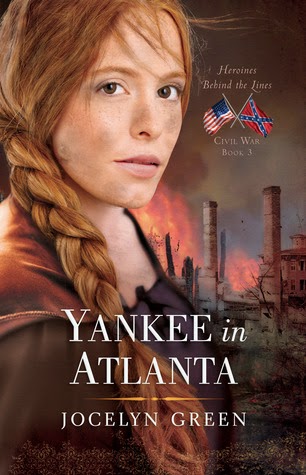 When soldier Caitlin McKae woke up in Atlanta after being wounded in battle, the Georgian doctor who treated her believed Caitlin's only secret was that she had been fighting for the Confederacy disguised as a man. In order to avoid arrest or worse, Caitlin hides her true identity and makes a new life for herself in Atlanta.

Trained as a teacher, she accepts a job as a governess to the daughter of Noah Becker, a German immigrant lawyer, who is about to enlist with the Rebel army. Then in the spring of 1864, Sherman's troops edge closer to Atlanta. Caitlin tries to escape north with the girl, but is arrested on charges of being a spy. Will honor dictate that Caitlin follow the rules, or love demand that she breaki  them?

For more information on this series, visit www.HeroinesBehindtheLines.com. 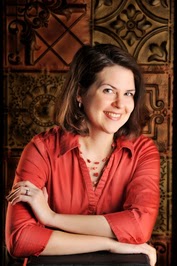 Award-winning author Jocelyn Green inspires faith and courage in her readers through both fiction and nonfiction. A former military wife herself, she offers encouragement and hope to military wives worldwide through her Faith Deployed ministry. Her novels, inspired by real heroines on America’s home front, are marked by their historical integrity and gritty inspiration.

Jocelyn graduated from Taylor University in Upland, Indiana, with a B.A. in English, concentration in writing. She is an active member of the Christian Authors Network, the Advanced Writers and Speakers Association, American Christian Fiction Writers, and the Military Writers Society of America.

I read this book back in September and just now getting around to writing a well earned five star review.

I found book three to be as intriguing as the first two books in this series.

Women like Caitlin McKae took on roles they never expected to have to take on especially with no men to direct them in this mans world.  Most of the women were treated as if they were fragile, that is before their men set off to fight in the Civil War. So much to deal with on such fragile shoulders. Women like Caitlin turned out to be a very strong force on their homefronts and frontlines during the war as they tried to preserve what they had left, not just themselves but for their children and also in hopes of having a home for their sons and husbands to return home to.

We learned much about the roles men held in wartime and finally we are learning about the roles women took on during these times in our history. Women can be heroes too!

I received a free copy of this book from MP Newsroom and Netgalley for an honest review.  I was in no way compensated for this review.   This review is my honest opinion.
Posted by Patricia at Sunday, January 04, 2015 No comments:

For those of you who may have wonder why I have not been posting I do have a excuse.

On October 12th, 2014 my darling husband John left me to be with Christ Our Lord.

I want to thank all my family, friends and facebook friends for helping me get through the past couple of years. This was a difficult time for me and John. It was hard on him knowing any day could be his last. He knew he was ready and said his only sadness was he would miss out on so much with us and all our kids and grandkids and family and friends.

For those who really knew John/Johnny/Dad/Pawpaw what is it you will really miss about him. Add a photo of yourself with your comment if you can. 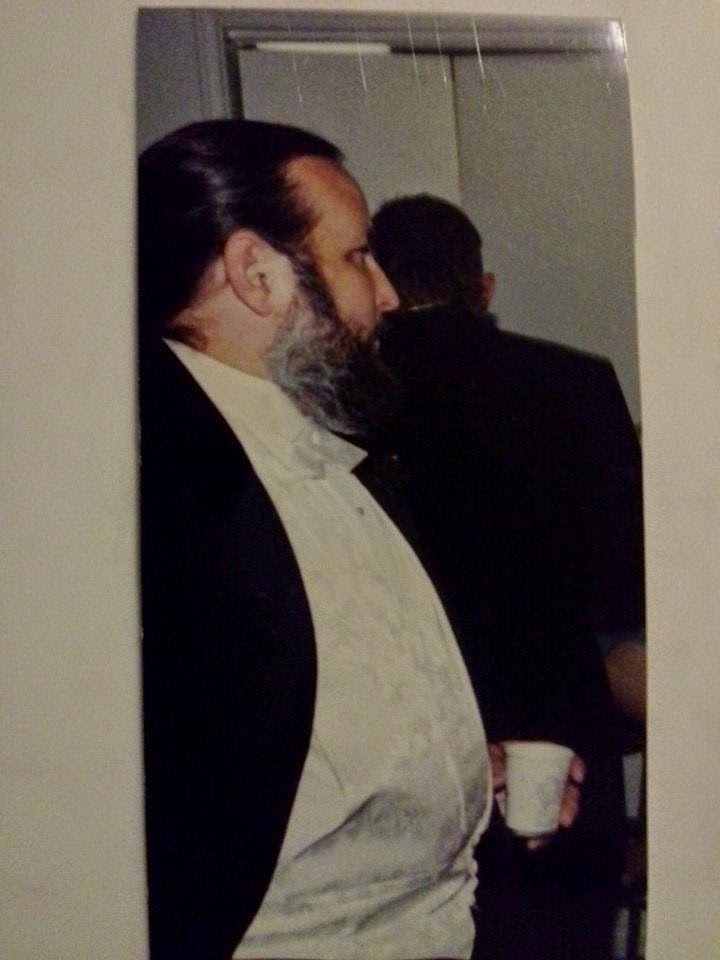 I could not think clearly for the past few months but now I must enter this new year of 2015 with a renewed spirit and am looking forward to what the Good Lord has in store for me.

I hope to be posting some reviews this next week so keep an eye out for some goods reads.

Check out my Goodreads to read list and let me know what you would like me to consider reading and doing a review on my blog.  Male sure I own the book. It shows if I own to the far right.