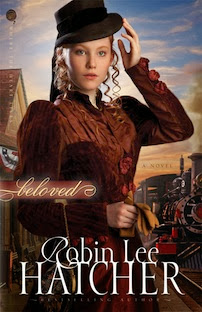 
Diana is ready to begin a new chapter in her life-until the husband she believed dead reappears at her engagement party.


Diana Brennan came west on the orphan train and was given a home with a loving couple who cherished and spoiled her. At 17, she fell hard for Tyson Applegate, the son of a wealthy mine owner. After a whirlwind courtship and marriage, Tyson took off for adventures around the world, including fighting with the Rough Riders in Cuba. Receiving no word from him in years, Diana's infatuation with her dashing husband died an ugly death, and she is ready to move past the old pain and marry again, just as soon as Tyson is declared legally dead.
But when Tyson returns, claiming to be a changed man, he wants to reunite with his wife and run for the senate. While Diana suspects the election is his real reason for wanting her by his side, she agrees to maintain his home and to campaign with him, but when it is over, win or lose, she wants her freedom.
He agrees with one condition---she must give him a chance to change her mind about him.
Purchase a copy: http://ow.ly/qb0G2


Robin is the author of 65+ novels and novellas. Her home is in Idaho, where she spends her time writing stories of faith, courage, and love; pondering the things of God; and loving her family and friends.

Robin Lee Hatcher is celebrating the release of her latest novel, Beloved, with an iPad Mini giveaway!

One winner will receive:
Enter today by clicking one of the icons below. But hurry, the giveaway ends on November 15th. Winner will be announced November 16th at Robin's blog.

Don't miss a moment of the fun; enter today and be sure to stop by Robin's blog on the 16th to see if you won. (Or, better yet, subscribe to her blog and have the winner announcement delivered to your inbox!)!

Diana Brennan was one of many children, which also included her two siblings that rode the orphan train west. She was one of few that actually found loving adoptive parents.  Then her world fell apart when Tyson Applegate her husband and love of her life deserted her and he was later presumed a casualty of war.  She vowed never to give her heart to be broken to another man.

Then Tyson Applegate returns to the surprise of Diana and his father.  He finds she is engaged to be married and puts a stop to what plans she had for her future.  He proposes for Diana to remain his wife for at least six months while he campaigns to run  for the senate. She grudgingly agrees but only as a business arrangement with a chance for him to change her mind about him and remain as his beloved.  Can she forgive him for deserting her and breaking her heart?

Their faith and trust in God is the way to their redemption.


This author never fails to entertain me. The only problem I had with the book was that I did not want it to end.  Robin has written a touching story of broken will and mistrust of those whom should have been trusted with their heart and future. As in the relationship between Tyson and his father which stemmed a similar situation in the relationship between Diana and Tyson.

If you are looking for a good read about  family, romance, forgiveness, and redemption this is the series to read.

Disclosure:  I received a free copy of this book from Zondervan/Litfuse Publicity Group for review.  I was in no way compensated for this review.  This is my honest opinion.