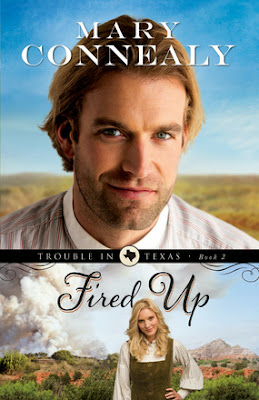 Dare Riker is a doctor who saves lives, but someone seems determined to end his. It may have something to do with the traitors he dealt with during the Civil War, or it might be related to the recent incident with Flint Greer and the ranch. Whoever the culprit is, he or she seems really fired up, and Dare can't let his guard down for a moment, which is a challenge, since right now he's trying to win the heart of the recently widowed Glynna.

Glynna Greer came west as a mail-order bride and ended up in a bad situation. Now her husband, Flint, is dead, and she's determined to care for her son and daughter on her own. She wants to believe Dare Riker is as decent as he seems, but she's terrified to lock herself into another marriage. She plans to support her small family by opening a diner---never mind that cooking is not her greatest talent. The men in Broken Wheel, Texas, are so desperate for home cooking that they seem willing to overlook dried-out beef and blackened biscuits.

Glynna can't help but notice that danger follows Dare wherever he goes. There's the avalanche. And then the fire. But things really get out of hand when someone plunges a knife from Glynna's diner into Dare's back. Are Flint's cronies still plotting revenge? Is Glynna's son enraged over past injustices? And can Dare survive long enough to convince Glynna to take another chance on love?

Mary Connealy is back with the second book, Fired Up, in her Trouble in Texas series, and she's celebrating with a Kindle Fire giveaway and a LIVE author chat party on October 8th.

One winner will receive:
Enter today by clicking one of the icons below. But hurry, the giveaway ends on October 8th. Winner will be announced at the "Fired Up" Live Webcast Event on October 8th. Connect with Mary for an evening of book chat, trivia, laughter, and more! Mary will also be taking questions from the audience and giving away books and fun gift certificates throughout the evening.

So grab your copy of Fired Up and join Mary and friends on the evening of October 8th for a chance to connect and make some new friends. (If you haven't read the book, don't let that stop you from coming!)

Don't miss a moment of the fun; RSVP today by signing up for a reminder. Tell your friends via FACEBOOK or TWITTER and increase your chances of winning. Hope to see you on the 8th! 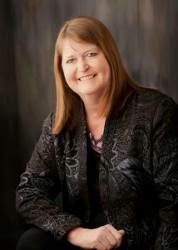 Mary Connealy writes fun and lively "romantic comedy with cowboys" for the inspirational market. She is the author of the successful Kincaid Brides, Lassoed in Texas, Montana Marriages, and Sophie's Daughters series, and she has been a finalist for a Rita and Christy Award and a two time winner of the Carol Award. She lives on a ranch in eastern Nebraska with her husband, Ivan, and has four grown daughters.

Dare Riker has had to watch his back someone wants him dead or maybe they want to see Glynna dead., possibly both of them.  But no matter who the target is the perpetrator must to be stopped.   Dare must protect Glynna Greer especially since she has captured his heart.  Convincing her son that Dare has their families best interest at heart will be tough  after the abusive father and step-father he was
forced to endure.

Glynna is determined to protect her children and not make the same mistake in the choice of men to which her and her children are subjected to.  She feels a strong bond to Dare which she finds hard very to ignore.  He is like no other man she has ever met, he is an honorable man she is learning to trust and possibly love.

The author did not fail to draw me into book two which I was not able to put down. I enjoyed her sense of humor and  at times I was brought to tears.  The subjection of emotional and  physical abuse the children and Glynna had gone through in book one and then fought to conquer their fear and mistrust in book two was heart wrenching.  I am ready to read book three.  Bring it on Mary Connealy!

Disclosure:  I received a free copy of this book from Baker Publishing/Bethany House Publishers via Litfuse Publicity Group Tour.