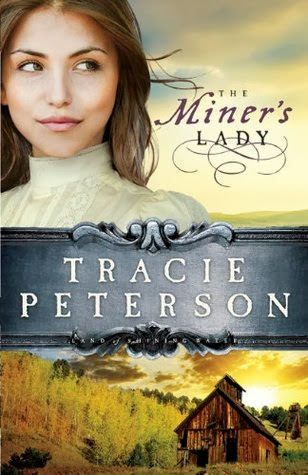 When Chantel Panetta's younger sister claims to be in love with Orlando Calarco, Chantel knows there is no hope. The Panettas and Calarcos have been sworn enemies for decades, and young love cannot heal the deep wounds between the two iron-mining families. Yet, unable to resist Isabella's pleas, Chantel agrees to help her sister spend time with Orlando...only to have a run-in with Dante, Orlando's brother.Chantel can't deny the attraction that flares when she's with Dante. But when a tragedy occurs at the mine, is there any hope that the hatred that has simmered between these two families might be resolved? Or will Chantel and Isabella's hope for love be buried amidst decades of misunderstanding?
LAND OF SHINING WATER SERIES 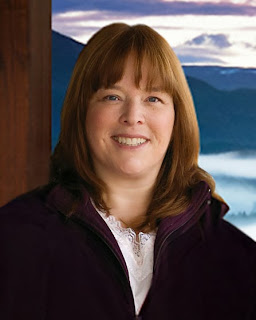 Tracie Peterson is an award-winning, best-selling author of over 95 books. Having given her heart to Jesus at the young age of six, Tracie has always felt called to some form of ministry, and writing fulfills that mission field.
Tracie received her first book contract in November, 1992 and saw A Place To Belong published in February 1993 with Barbour Publishings' Heartsong Presents. She wrote exclusively with Heartsong for the next two years, receiving their readership's vote for Favorite Author of the Year for three years in a row.
In December, 1995 she signed a contract with Bethany House Publishers. Tracie now writes exclusively for Bethany House Publishers. She has co-written with a variety of authors including Judith Pella, Judith Miller, James Scott Bell and her daughter Jennifer.
Throughout her writing career Tracie has found time to speak at writer's conferences where she has a special heart for new authors. She is often joined by her husband Jim, whose background in history offers new authors insight into research. Besides teaching at conferences, Tracie also at one time managed Barbour Publishing's Heartsong Presents book line - overseeing the production of 52 books a year. Tracie teaches at women's conferences around the country and shares her testimony and insight for Christian living through the eyes of an author passionately in love with her Heavenly Father.
Tracie was awarded the Romantic Times Career Achievement Award for 2007 Inspirational Fiction and the 2011 Lifetime Achievement Award from American Christian Fiction Writers. Her books have won numerous awards for favorite books in a variety of contests, including USA "Best Books 2011" Awards, best Religious Fiction for Embers of Love!.
Making her home in Montana, this Kansas native enjoys spending time with family--especially her three grandchildren--Rainy, Fox and Max..
WEBSITE: http://www.traciepetersonbooks.com/

The Panettas and Calarcos have carried on a vendetta in their homeland for several generations. Now it is still carried on between the two families even in America.  This makes it difficult for Chantel Panetta's young sister who has given her heart to Orlando Calarcos.  If their families find out they will never be allowed to marry.  No matter what Chantel says to her sister it seems to be ignored.  Now she has to deal with the rantings of Orlando's older brother Dante. She finds herself attracted to Dante which is very odd to her.

Dante and Orlando work in the same mine as Chantel's father and this does not set well with Dante's father. Their is so much hatred for the Panettas in Dante's father. What will the young couple do to convince their father's to let them marry or will they run away to marry?

I am sure that there are many families to this day that have vendettas.  I remember hearing about the historical fued of the Hadfield and McCoys which was worse than that of the Panettas and Calarcos.  So much pain over something that generations later has no validity yet still creates hatred and havoc for all involved.

The author wrote a love story of a young Romeo and Juliet that were willing to sacrifice love and comfort of  their families in order to build a life together.  With faith and trust in God will they be together without causing heartache and bloodshed between their families? Trust the author to give you an experience in reading that will keep you guessing.

Disclosure:  I received a free copy of this book from Baker Publishing/Bethany House Publishing for review. I was  in no way compensated for this review. This review is my honest opinion.