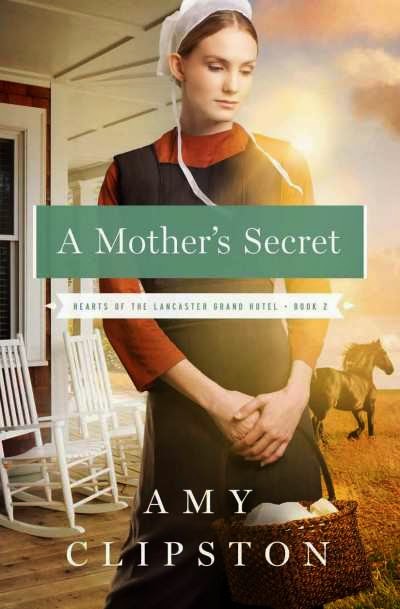 Book two in the Hearts of the Lancaster Grand Hotel series.

Carolyn Lapp dreams of marrying for love. But will the errors of her past destroy this dream forever?

Carolyn Lapp longs to have a traditional Amish family. But she lives on her brother's farm with her parents and her 15-year old son, Benjamin. Carolyn has never revealed the identity of Benjamin's father and lives daily with the guilt and shame of her youthful indiscretion. Her brother simply will not forgive her.

His answer is to arrange a practical marriage for Carolyn to Saul, a widower with a little girl. But Carolyn isn't convinced that Saul really loves her and believes he is simply looking for someone to help raise his daughter.

When Benjamin causes trouble at a local horse auction, horse breeder Joshua Glick decides that he must be taught a lesson. Carolyn and Joshua are unmistakably drawn to each other, but Joshua mistakenly assumes that Benjamin is Carolyn's brother. Carolyn fears that if he discovers the truth, her past will destroy their budding romance.

After years of shame and loneliness, Carolyn suddenly has two men vying for her attention. But which of them will give her the family-and the unconditional love-she's longed for? 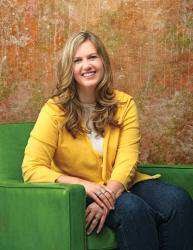 Amy Clipston holds a degree in communication from Virginia Wesleyan College and works full-time for the City of Charlotte, NC. Amy lives in North Carolina with her husband, and two sons and four spoiled rotten cats.

Carolyn Lapp,s dream of marrying for love is hard to imagine since she gave birth out of wedlock to her son Benjamin fifteen years ago.  She has lived and raised her son while living in the dawdy house with her parents on her brother's farm. Her son is blamed and reprimanded by her brother for things she knows her son had nothing to do with.  She is now being pressured by her brother to marry a local Amish man that has a young daughter needing a woman's guidance. Her dream to marry for love does not fit into this union.  The church has forgiven her sin but it is very apparent her brother as not forgiven her which also shows in the way he treats her son.

Benjamin is blamed for spooking a horse owned by Joshua Glick a local horse breeder.  Even though he had nothing to do with the incident he is ordered by his uncle under the suggestion of  Joshua Click to work off his punishment working for Joshua.  Carolyn was hesitant about the arrangement but after seeing the change in her son while working for Joshua not only brought peace to her and her son but her heart began feeling as if there was hope of love in her future.  The big problem is Johua is under the impression that Benjamin's is her brother's son not hers.

This was a heart wrenching story of love lost, trials and tribulation that lead to forgiveness and reconciliation. I found that once Carolyn was able to trust God with her future she was able to find peace for her and her son.  What a gift from God Joshua was for Carolyn's whole family.  Her whole family had suffered from her mistakes as a teen.  This blessed author must have a tender heart to dig so deep to find the tender, fragile emotions of so many characters.

Disclosure: I received a free copy of this book from Litfuse Group/Netgalley/Zondervan for an honest review.