Truth Be Told by Carol Cox, A Bethany House Publication 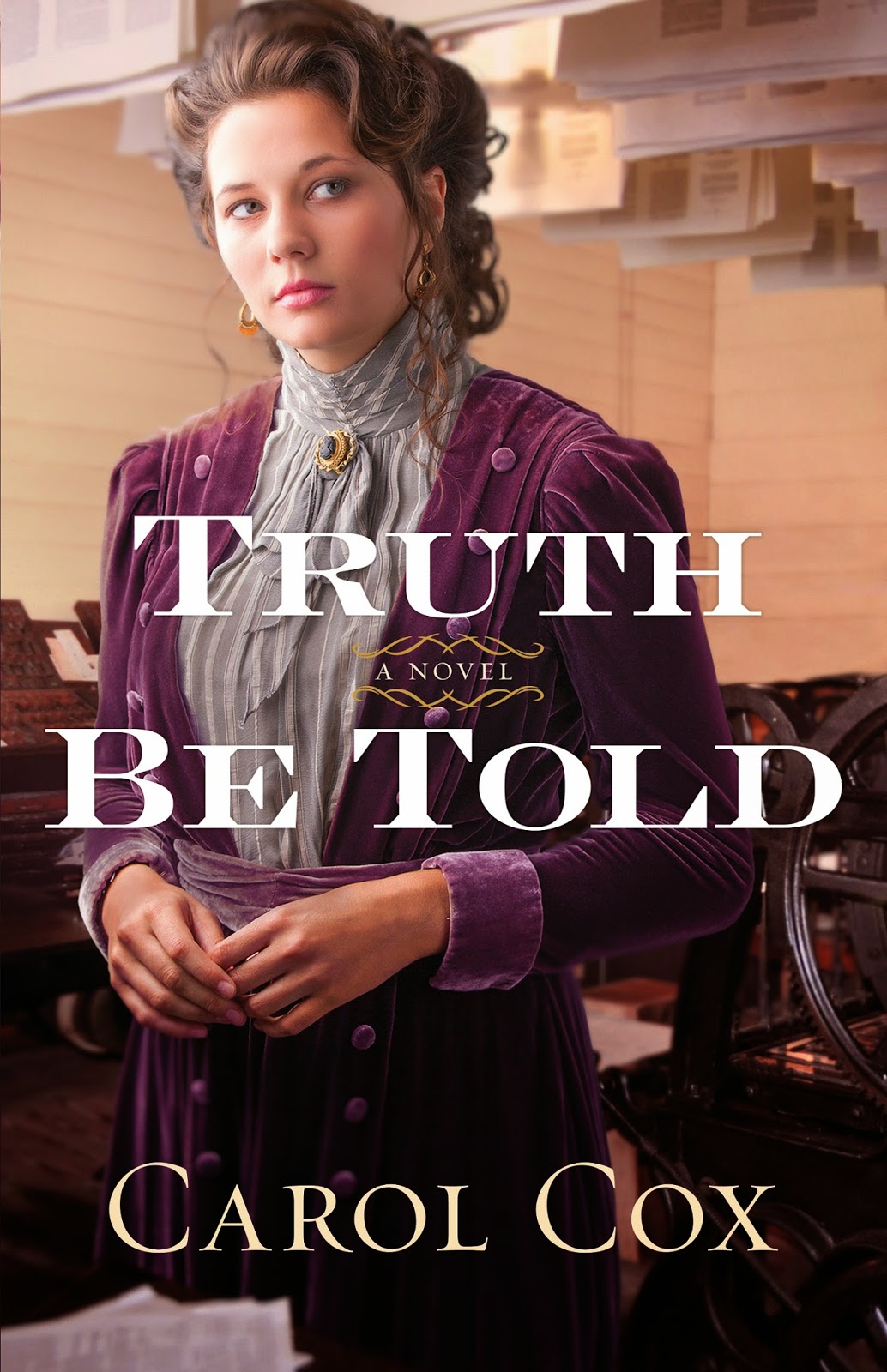 
Sometimes the truth can be dangerous...

Wagner takes over her father's newspaper in 1893 Granite Springs, Arizona, she vows to carry on the paper's commitment to reporting only the truth. But Amelia soon learns that even the truth can have serious consequences. Her father's revealing articles about the Great Western Investment Company have caught the attention of the wrong people, and pressure mounts for Amelia to retract her father's statements.
Determined to find out the real story, Amelia begins her own investigation. She's joined by Benjamin Stone, a Great Western employee who's been assigned to keep tabs on her for the good of the company, a man Amelia finds both perplexing and intriguing.
What they uncover stuns them both--and has far-reaching implications for not only Ben and Amelia but all of Granite Springs. Can they reveal the truth before the enemy finds a way to silence them for good?
Read Excerpt 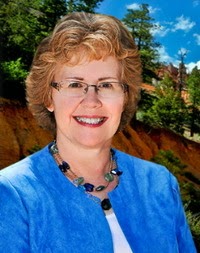 Native Arizonan Carol Cox has an abiding love for history, mystery, and romance. The author of more than 25 books, she believes in the power of story to convey spiritual truths. Carol lives with her husband and daughter in northern Arizona, where deer and antelope really do play--within view of the family's front porch. Visit her website at www.authorcarolcox.com.

Q. Tell us about your latest book, Truth Be Told.

A. Set in 1893 Arizona, Truth Be Told is the story of Amelia Wagner, who takes over running her father’s weekly newspaper in the frontier town of Granite Springs. Vowing to carry on the paper’s commitment to reporting only the truth, she soon learns that even the truth can carry unwanted—and sometimes dangerous— consequences.

Q. Truth Be Told is a work of historical fiction. Why will it resonate with today’s readers?

A. Times and fashions may change, but human problems remain the same. While Truth Be Told is a mystery set in the Old West, it deals with issues many people face today. Themes of addiction, forgiveness, believing the best against all appearances, and the costs of fighting for the truth run throughout the book.

Q. Your books often feature quirky characters in addition to the hero and heroine. Is there a reason for that?

A. I love using characters who are a bit (and sometimes more than a bit!) eccentric. I’ve learned some amazing truths along the way from people who didn’t fit the world’s idea of the “norm.” But just because someone may be a bit quirky, they may still have surprising depth beneath the surface. I’ve learned never to write anyone off. God sees all of us as unique, and every person has worth and a purpose in His sight.

Q. Are any of the places and characters in Truth Be Told based on fact?

A. Most of the book is based purely on my imagination, but I enjoyed slipping in a few actual sites and people from Arizona history. The Eleventh Infantry Band, which performs for the citizens of Granite Springs, was stationed at nearby Fort Whipple, and was directed by Achille LaGuardia, just as we see in the story. If the name LaGuardia sounds familiar, you may be thinking of Achille’s son, Fiorello, who spent some of his childhood years at Fort Whipple before growing up to become the well-known mayor of New York City.

The Hotel Burke, where Ben Stone stays during his visit to Prescott, was the original name of the present-day Hotel St. Michael, which stands on the corner of Gurley and Montezuma, across the street from the Courthouse Plaza. I’ve enjoyed a number of meals in the hotel’s dining room, which offers a marvelous view of downtown Prescott.

Amelia Wagner looked forward to spending the summer working with her father on his newspaper in Granite Springs, Arizona.  Her mood soon changes when she finds her dad is critically ill. His death bed wish is for her to seek the truth about Great Western Investment Company.

Benjamin Stone doubts the honesty of his employer and decides too join with Amelia to investigate the goings on at Great Western Investment Company.

They we very cautious of each other in the beginning only to realize there is something special between them.

The author has a real page turner in this story.  My emotions were very confused at times trying to figure out who could be trusted . There was plenty of action, intrigue, mystery and romance to keep me turning pages. The mistrust of family members  and friends was chilling.  In  this story the author has put all control in God's hands as the characters struggle with trust in finding the truth.

I  highly recommend this book.

I rated this book a five out of five.

Disclosure:  I received a free copy of this book from Bethany House for an honest review.