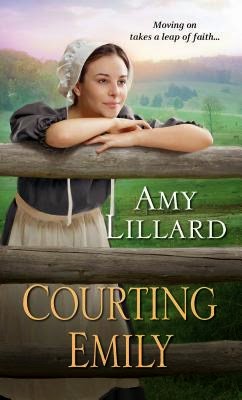 Return to Wells Landing, the close-knit Amish community in Oklahoma, where a hopeful young woman struggles to find true love while staying true to her faith. . .
Emily Ebersol is the bishop's daughter, and everyone--including Emily--assumes she'll marry a faithful Amish man and live out her days within the community. But her childhood sweetheart, Luke Lambright, fell in love with racing cars during his rumspringa and decided to leave Wells Landing. Emily prays for his return, but as the months go by, she begins spending time with another young man--a man who may not be as exciting as Luke, but perhaps he's exactly what she needs. . .
Elam Rhiel knows that Emily has always been in love with Luke--but he is certain he could be the loyal, steady husband Emily deserves. Then, just as Emily begins to fall for him, Luke returns and complicates her feelings. Now, they all must learn that the greatest love requires the greatest sacrifice. . . 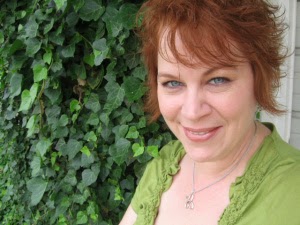 I live in Tulsa, though I was born in Mississippi. I moved to the Sooner State when I was seventeen and met my soul mate and best friend not long after. I’ve retained a little of my Mississippi accent though most people think I’m from Texas. (?) Rob and I have been married for over twenty-five years and have a son–a mom proclaimed prodigy, of course!

I love homemade tacos, nail polish, and romance novels–not necessarily in that order. I’m a big fan of country music, a staunch proponent of saving the Oxford comma, and I’m shamefully obsessed with all things Harry Potter.

I dislike people trying to convince me to read the Twlight series (I’ll get to it or I won’t, either way I’m good with it), gratuitous violence, and strawberry ice cream. (I know I’m alone on this last one, and again, I’m good with it.)

Favorite movies–(besides HP) French Kiss, Maid of Honor, A Lot Like Love, Just Married, and Sweet Home Alabama. Oh, and Miss Congeniality, Sabrina (both versions) and a 1940’s movie called Dear Ruth. If you haven’t seen it, you should! A-dorable. Anything with Doris Day and most all of Marilyn’s and Audrey’s.

Squirrel Princess (a definition)– A God fearing Southern Belle who is easily distracted by the beauty of the world around her.

“Do what you feel in your heart to be right—for you’ll be criticized anyway.” Eleanor Roosevelt