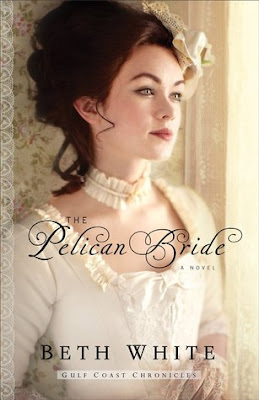 It is 1704 when Genevieve Gaillain and her sister board a French ship headed for the Louisiana colony as mail-order brides. Both have promised to marry one of the rough-and-tumble Canadian men in this New World in order to escape religious persecution in the Old World. Genevieve knows life won’t be easy, but at least here she can establish a home and family without fear of beheading. But when she falls in love with Tristan Lanier, an expatriate cartographer whose courageous stand for fair treatment of native peoples has made him decidedly unpopular in the young colony, Genevieve realizes that even in this land of liberty one is not guaranteed peace. And a secret she harbors could mean the undoing of the colony itself.

Beth White teaches music at an inner-city high school in historic Mobile, Alabama. Her hobbies include playing flute and pennywhistle and painting, but her real passion is writing historical romance with a Southern drawl.

A native Mississippian, she is a pastor's wife, mother of two, and grandmother of two--so far.