For all who have suffered great loss of heart, home, health or family; true home and genuine lasting love can be found.

When a horrific battle rips through Gettysburg, the farm of Union widow Liberty Holloway is disfigured into a Confederate field hospital, bringing her face to face with unspeakable suffering-and a Confederate scout who awakens her long dormant heart.
But when the scout doesn't die she discovers he isn't who he claims to be.
While Liberty's future crumbles as her home is destroyed, the past comes rushing back to Bella, a former slave and Liberty's hired help, when she finds herself surrounded by Southern soldiers, one of whom knows the secret that would place Liberty in danger if revealed.
In the wake of shattered homes and bodies, Liberty and Bella struggle to pick up the pieces the battle has left behind. Will Liberty be defined by the tragedy in her life, or will she find a way to triumph over it?
Inspired by first-person accounts from women who lived in Gettysburg during the battle and its aftermath, Widow of Gettysburg is the Book 2 in theHeroines Behind the Lines series. These books do not need to be read in succession.  For more information & resources about the Heroines Behind the Lines series, visit www.heroinesbehindthelines.com.
Where to buy: Amazon, Barnes & Noble, ChristiaBookDistributors 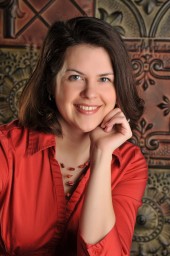 About Author
JOCELYN GREEN is an award-winning author, freelance writer and editor. A former military wife, she authored, along with contributing writers, Faith Deployed: Daily Encouragement for Military Wives (Moody 2008) and Faith Deployed . . . Again: More Daily Encouragement for Military Wives (Moody 2011). Jocelyn is also co-author for Battlefields & times Blessings: Stories of Faith and Courage from the War in Iraq & Afghanistan (AMG Publishers 2009), which won the Gold Medal from Military Writers Society of America in 2010. She maintains her own award-winning Web site for military wives at www.faithdeployed.com. She holds a B.A. in English from Taylor University, and is an active member of the Evangelical Press Association, the Advanced Writers and Speakers Association and the Christian Authors Network. She and her husband have two children and reside in Cedar Falls, Iowa. 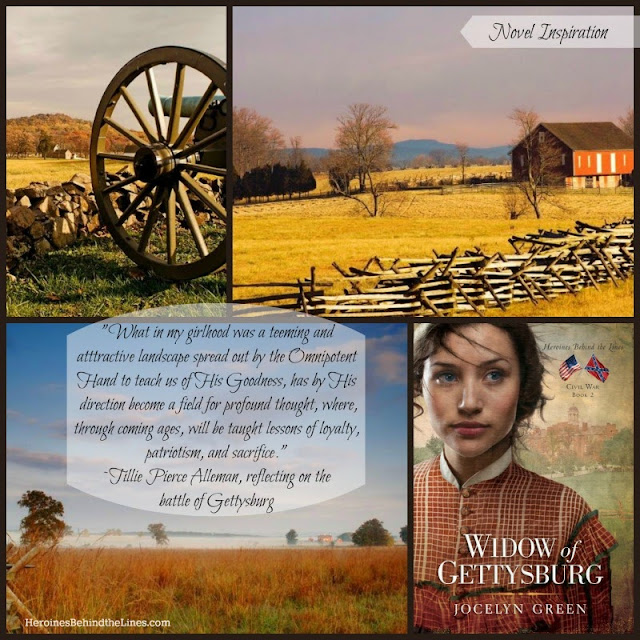 Liberty Holloway is a young Union widow she was fortunate to inherit a farm in Gettysburg from her aunt. Liberty was raised by her aunt but was shown no love .  She was a burden to her aunt, at least that is what her aunt  told her so many times.  Now Liberty is in charge of her own life and her own farm.  Her husband was one of the first casualties of the war between the north and the south making her a widow at the age of seventeen.

The war is rumored to be making it closer and closer to Gettysburg.  Surely they would not bring the battle so close to a town of women and children. People cried wolf so many times  that when the battle arrived at their doorsteps they were not prepared.

The home Liberty hoped to turn into an Inn was now a makeshift hospital for wounded and dying rebel soldiers. Liberty was forced to help the doctors with the wounded.  One rebel soldier that had stopped for food at the farm returns again after the rebel hospital took over the farm . Why was she so drawn to this man, as far as she knew he was the cause of her being a widow, when in truth all he wanted to do was protect her.

The author writes using facts and fiction to tell the story of the Widow of Gettysburg.  She writes it in the minds eye of the widows. things they never thought they would see, wound soldiers, amputations and horrific unsanitary conditions. So much loss of life and limbs. Most of the people had faith in God and lived His Word to show love toward their enemy in such a devastating war.  It is amazing that some even found love, romance and hope for the future.

Book two was not a disappointment and I look forward to the next book in this series.

Disclosure: I received a free copy of this book from Moody Publishers Newsroom for review.  I was in no way compensated for this review.