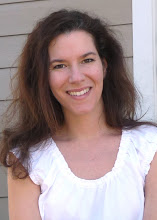 Nicole Seitz is the author of several critically acclaimed novels - The Inheritance of Beauty, Saving Cicadas, A Hundred Years of Happiness, Trouble the Water, and The Spirit of Sweetgrass. She is a graduate of the University of North Carolina at Chapel Hill's School of Journalism, and also has a degree in Illustration from Savannah College of Art & Design. Her paintings are featured on the covers of her books. Visit her at @NicoleSeitz, Facebook and www.nicoleseitz.com for more information.

Three lives are bound by a single book . . . and the cleansing waters of Molasses Creek.
Having traveled to the ends of the earth as a flight attendant, Ally Green has finally returned to the Lowcountry to bury her father as well as the past. But Vesey Washington is still living across the creek, and theirs is a complicated relationship—he was once her best friend . . . and also part of the reason she’s stayed away so long. When Ally discovers a message her father left behind asking her to quit running, it seems her past isn’t through with her yet.
As Ally’s wandering spirit wrestles with a deep longing to flee again, a young woman on the other side of the world escapes her life of slavery in the rock quarries of Nepal. A mysterious sketchbook leads Sunila Kunari to believe there’s more to her story than she’s ever been told, and she’s determined to follow the truth wherever it leads her.
A deep current intertwines the lives of these three souls, and a destiny of freedom, faith, and friendship awaits them all on the banks of Molasses Creek.
Link to Buy Book:  http://www.thomasnelson.com/consumer/product_detail.asp?sku=1595545050&title=Beyond_Molasses_Creek

About the party: Nicole is celebrating the release of Beyond Molasses Creek with a fabulous "Friendship" Facebook party! She'll be giving away a ton of great stuff (KINDLE TOUCH, some of her own beautiful artwork, a Book Club Prize Pack (10 copies of the book for your small group/book club and a Live Skype Chat with Nicole), and more!
CLICK the button (at left) to RSVP for the party - then join us on February 16th for a book chat, story sharing and prizes! Hope to see you there!
Save the Date! 2/16!

World traveler and almost senior citizen, Ally Green has returned to her childhood home to bury her father.  Her childhood friend, Vesey Washington, still lives across the creek.  She has loved him since the first time they meet as small children.  He was part of the reason she left.  But on her returning, a past she thought she left behind returns to haunt her.
Ally struggles to leave knowing her father left everything to her including the house in which he intended for to make her home again.  As she continues to struggle with this, on the other side of the world a young woman, Sunila Kunari, struggles in a different way, to escape being an indentured slave in the rock quarries of Nepal.
It was hard to figure out what these two women could possibly have in common.  One woman was a wanderer and could not seem to endure staying in one place very long.  The other woman wanted to find her roots and put those roots down where she really belonged and that was not as a slave in the rock quarries.
This story is about sorrow, love, regrets, anticipation and forgiveness.  It will make you cry, laugh and probably make you angry in some parts.  There will also be celebrations of life and death.   But most of all there is very much love, hope and faith in God.
I highly recommend this book.
I rate this book a 5 out of 5.
Disclosure:  I received a copy of this book for review. I was in no way compensated for this review it is my own opinion.

WAS MY REVIEW HELPFUL VOTE here

Posted by Patricia at Wednesday, February 01, 2012