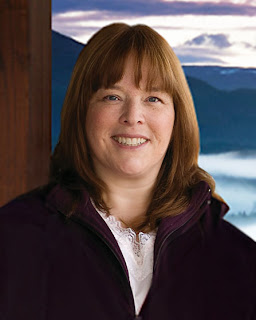 
Tracie Peterson is an award-winning, best-selling author of over 85 books. Having given her heart to Jesus at the young age of six, Tracie has always felt called to some form of ministry, and writing fulfills that mission field.

Tracie received her first book contract in November, 1992 and saw A Place To Belong published in February 1993 with Barbour Publishings' Heartsong Presents. She wrote exclusively with Heartsong for the next two years, receiving their readership's vote for Favorite Author of the Year for three years in a row.

Throughout her writing career Tracie has found time to speak at writer's conferences where she has a special heart for new authors. She is often joined by her husband Jim, whose background in history offers new authors insight into research. Besides teaching at conferences, Tracie also at one time managed Barbour Publishing's Heartsong Presents book line - overseeing the production of 52 books a year.

Tracie was awarded the Romantic Times Career Achievement Award for 2007 Inspirational Fiction and her books have won numerous awards for favorite books in a variety of contests.

Making her home in Montana, this Kansas native enjoys spending time with family--especially her three grandchildren--Rainy, Fox and Max. She's active in her church as the Director of Women's Ministries, coordinates a yearly writer's retreat for published authors, and travels, as time permits, to research her books. 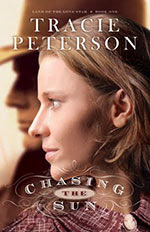 
When her father disappears in war-torn Mississippi, Hannah Dandridge finds herself responsible not only for her younger siblings but for the ranch her father recently acquired on the Texas plains. Though a marriage of convenience could ease her predicament, she determines to trust God for direction.

Wounded soldier William Barnett returns to his home only to discover that his family's ranch has been seized. Though angry and bitter at this turn of events, he's surprised to discover that it is a beautiful young woman with amazing fortitude who is struggling to keep the place running.

Hannah, desperate for help, and William, desperate to regain his family's land, form an uneasy truce. But nearby Comanche tribes, the arrival of Confederate soldiers, and a persistent suitor all threaten the growing attraction that builds between them. Will they be able to set aside their own dreams and embrace the promise of a future together?

Hannah is in charge of her two motherless, half siblings. Ever since the recent disappearance of her father she is also responsible for the running of the new ranch that her father had uprooted her and her sibling to move to in the Lone Star State. Now her father has been reported as missing in war torn Mississippi. The Civil War has split many families and friends some fighting for the Confederacy and some the Union.

While Hannah is trying to hold things together on the ranch a wounded Union soldier and former heir to the ranch, William Barnett shows up to claim the ranch as his own.  William is angry when he hears that just over a year ago  the ranch was awarded to Hannah's father  for being a credit to the Confederacy.

William and Hannah come to the agreement that he stay and work the ranch while they await a decision from the Court Judge as to who is the rightful owner of the ranch.  He turns out to be a great help around the ranch. Plus he seems to really care for the well being of her and her young siblings.

This story will really stir your mind as to what families suffered and dealt with during and after the Civil War.  We all know it was brothers against brother and neighbors against neighbors.  But in this story a man and woman work together to rebuild their lives even though their loyalties were on different sides.

I highly recommend this book.  I can't wait to read more of this series.

Disclosure
I received a free copy of this book from Bethany House for review.  I was in no way compensated for this review.  It is my own opinion.