Over the Edge - The Kincaid Brides #3 by Mary Connealy

Seth Kincaid survived a fire in a cave, but he's never been the same. He was always a reckless youth, but now he's gone over the edge. He ran off to the Civil War and came back crazier than ever.After the war, nearly dead from his injuries, it appears Seth got married. Oh, he's got a lot of excuses, but his wife isn't happy to find out Seth doesn't remember her. Callie has searched, prayed, and worried. Now she's come to the Kincaid family's ranch in Colorado to find her lost husband.Callie isn't a long-suffering woman. Once she knows her husband is alive, she wants to kill him. She's not even close to forgiving him for abandoning her.
Then more trouble shows up in the form of a secret Seth's pa kept for years. The Kincaid brothers might lose their ranch if they can't sort things out. It's enough to drive a man insane--but somehow it's all making Seth see things more clearly. And now that he knows what he wants, no one better stand in his way.

Link to buy the book: http://ow.ly/cPxuv 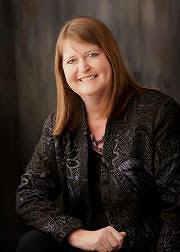 Meet Mary:
Mary Connealy writes fun and lively "romantic comedy with cowboys" for the inspirational market. She is the author of the successful Lassoed in Texas, Montana Marriages, and Sophie's Daughters series, and her novel Calico Canyon was nominated for a Christy Award. She lives on a ranch in eastern Nebraska with her husband, Ivan, and has four grown daughters.
Visit her on her Web site maryconnealy.com


Celebrate with Mary
by entering to
win a Nook Color with GlowLight!

See what folks are saying about Over the Edge!

One winner will receive:
Enter today by clicking one of the icons below. But hurry, the giveaway ends on August 28th. Winner will be announced at the "Over the Edge" Author Chat Facebook Party on 8/29. Meet Mary, get a sneak peek of her next book, try your hand at a trivia contest, and more. There will also be gift certificates, books and a Book Club Prize Pack to be won (10 copies for your book club or small group.)!

So grab your copy of Over the Edge and join Mary on the evening of the August 29th for a chance to connect with her and make some new friends. (If you haven't read the book - don't let that stop you from coming!)

Don't miss a moment of the RSVP today. Tell your friends via FACEBOOK or TWITTER and increase your chances of winning. Hope to see you on the 29th!

Sorry I am late posting my review.
The results of the giveaway have already been released on 8/29.

When Seth Kincaid was a child his favorite place to play was in the caverns.  He almost lost his life and thought he lost his soul due to a fire in the cave.  He has been haunted by this near death experience ever since then.  Now as an adult he has many scars especially after the Civil War.
The most noticeable is his mental scars that cause night terrors not just about the war but from that terrible day in his childhood when he caught fire in the cavern.

Callie Kincaid is in route to the Kincaid Ranch to seek what is due her sixteen month old son, Connonr's birthright.  As son of Seth Kincaid, a father he has yet too meet, his Uncles can provide Connor a safe home and just maybe tell his mother where her absentee, no good skunk of a husband has got off to so she can fill him with holes.  It has not been an easy haul going from Texas to Colorado with a baby in tow.

When Callie finally gets connected with her husband she let's him know real quick at the end of her rifle that she wants him to pay for abandoning her and their son when they needed him the most.

Seth is determined to prove to Callie he can be trusted to be there for her and his precious son.  He had a very good excuse for not being there in the past.  The problem is he can't really remember her but he recognized the feeling of love and concern he has for this woman that is his wife.

The older two brother's definitely had there issues mentally concerning the accident in the cave.  Each of the  boys felt like the accident was their fault and not that of the other brothers. Then to be abandoned by the death of the frequent absences of their father and the death of their mother left them with no one to lean on other than their brothers. They definitely needed to unburden unto God their guilt and grief over that day for He is their true Father.


I hope there will be another book to this series maybe about Heath. He seems to be the most level headed of all the brothers. But he will have to get a little older before any woman decides to rope him into marriage.
I have decided Mary Conneally is currently my favorite author.  She managed to put her all into what it takes to write a humorous, romantic and adventurous fun novel that kept me up laughing and crying until I finished reading the whole book.  I have all daughters and love them to pieces but I fail in love with this motherless son, Seth Kincaid.  My heart broke for him and all of his scars physically and mentally.

Disclosure
I received a free copy of this book from Litfuse/Bethany House for review.  I was in no way compensated for this review.  It is my own opinion.

Did you find this review helpful?
Vote yes or no. here