Prize of My Heart by Lisa Norato - Bethany House Publishers 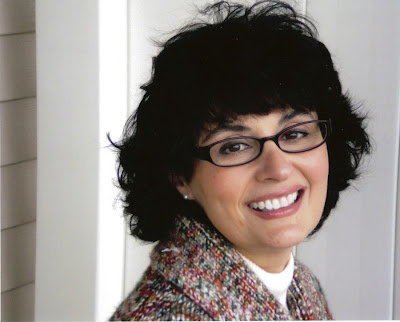 Lisa Norato first discovered a love of writing when assigned to write and illustrate a children's book at the art college she attended. She also enjoys walks with her Yorkie-poo, the New England seacoast and changing seasons, good friends, Italian food, historical dramas, and British comedy. A lifelong New Englander, Lisa lives in a historic village with homes and churches dating as far back as the eighteenth century. Currently she works as a legal assistant in the corporate department of a Rhode Island law firm. 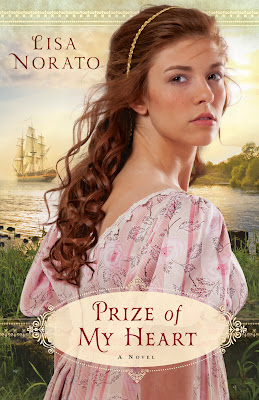 Massachusetts, 1815.
Will His Love Endure Once He Learns Her Secret?

Three years ago, Captain Brogan Talvis's late wife abandoned their son, leaving no clue as to the boy's whereabouts. After searching relentlessly, Brogan discovers his son was adopted by a New England shipbuilder. And the man's daughter, Lorena Huntley, acts as loving guardian to the child.

Lorena, who hides a dark truth, finds herself falling for the handsome captain and ex-privateer who's come to secure ownership of one of her father's ships. She's unaware of Brogan's own secret when another's deceit has her sailing toward Europe against her will.

Haunted by thoughts of Lorena in peril, Brogan is compelled to choose between the boy he longs for and the woman who has captured his heart.

Where to buy: Amazon, Barnes&Noble, CBD

Captain Brogan Talvis was orphaned as a child.  When his son was born he felt blessed at not only the birth of his child but of having his own family. While Brogan was out at sea as a privateer he missed his son dreadfully.

He will never forget the day he came home from a long tour at sea and his wife informed him that his son was not there.  She had abandoned her son because she no longer wanted to be tied down to a baby.  He begged her to tell him where his son was and all she would say was he was not there and that Brogan would never find him.

It has been four long years that Brogan has spent trying to find his son.  Then there came a lead and he knew where his son was.  He had been adopted by a wealthy shipbuilder and his daughter Lorena Huntley was guardian of the boy.  It was very apparent how deeply the boy was loved and  also extremely spoiled.

Brogan plans and goes to great extremes to get his son back.  He purchases a very special ship from the shipbuilder one that would be so fast that no other ship would be able to keep up with it once he stole his son away to be with his natural father.  He realizes the boy sees Lorena as a mother figure and decides to court her in order to get closer to his son.  Brogan has been attacked twice by this little rascal of a son by being the target of the boys sling shot and a very large rock.  The boy does not trust Captain Brogan around Lorena.  He sees himself as David and the Captain as Goliath and he must slay Goliath.  Brogan must win him over!

Brogan had no idea he would grow  to care deeply for Lorena and develop a friendship with her father. He felt guilty about deceiving them. Will he be able to break their hearts in order to get his son back?

This was a beautiful story about family ties.  The author expresses through her writing how God can make all things better if you just let go and let God.  The story falls into place because the characters learned to trust in Gods's plan for themselves and the child.

There was intrigue, lies, deceit, betrayal,forgiveness and redemption which made for a very enjoyable read. Oh, lets not forget about love and romance.  Most of all love for God, a child, woman, man, and ties that bind a family together.

Disclosure
I was provided a copy of this book by Bethany House Publisher for review.  I was in no way compensated for this review.  It is my own opinion.