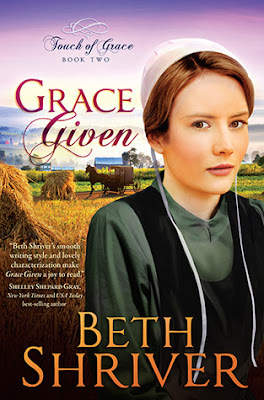 Elsie Yoder can’t forgive her sister, Katie, for leaving the community. Unable to let go of her sadness, she withdraws from her friends and family, nursing her feelings of betrayal.

Gideon Lapp has held a special place in his heart for Elsie and longs to help her get through her troubles. Together they find comfort in their study of the Martyr’s Mirror, a centuries-old book that describes their ancestors’ sacrifices for their faith through years of persecution.

As Elsie opens up and begins to put her trust in Gideon, she tells him about the harassment she and her sister received at the hands of some local men. When the men return and threaten the community, Elsie and Gideon must stand together to do what is right. But can Elsie learn to give grace and to humble herself to accept grace as well? 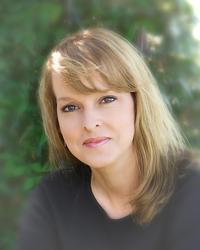 Childhood memories of her grandfather's ranch came alive as Beth wrote her first Amish story. Her parents grew up in the country, so she appreciates pastoral life and respects those who make a living off the land. She visits a nearby Amish community just south of Fort-Worth for an occasional church service or brunch with the bishop and his wife. And on the way home she stops at the community store to get some plum jam!

Beth received a degree in social work and psychology from the University of Nebraska. She worked as a caseworker for Boulder County Department of Social Services before starting a family. Beth and her husband, two children, along with two cats and a beagle live in Texas after moving from their first home in Colorado. She freelances for the local papers in her area and writes columns, devotionals for magazines, and novels in a variety of genres in both fiction and nonfiction. Represented by Tamela Hancock Murray of the Steve Laube Literary Agency

Favorite quote and Bible verse
I believe in Christianity as I believe that the sun has risen: not only because I see it, but because by it I see everything else. C. S. Lewis

Philippians 4:6-7-Do not be anxious about anything, but in everything by prayer and supplication, with thanksgiving, let your requests be made known to God, and the peace of God, which passes all understanding, shall keep your hearts and minds through Christ Jesus.

Elsie Yoder can't seem to pull herself out of a depression caused by her sister Katie.  Katie has betrayed her sister and left the community.  Will Elsie be able to forgive her sister?  No matter the turn of events Elsie misses her sister and wants her to come home.  Their father does not wish to even talk about Katie, it pains him too much.

Gideon Lapp wants Elsie to be able to open up to him because he holds a special place in his heart for Elsie.  He encourages her to interact with the rest of the community.  She becomes interested in studying Martyrs Mirror with Gideon.

Elsie has many secrets that is eating her alive, one of which is some local men, not of the Amish community, have been harassing her even before her sister left.  She finally confides in Gideon and reveals her secrets of  the harassment not only toward her but to the Amish community.  The young men have no fear of retaliation because they know the Amish will not use means of violence or by pressing charges against them.

Can Elsie forgive herself therefore humble herself to the community and to accept God's Grace?  In doing so she will be free of the fear that grows within her.  How will they deal with the local men?

In book two the author writes of the necessity of community support spiritually and physically. It reminds me of the verse.  Matthew 18:20  For where two or three are gathered together in my name, there am I in the midst of them.

The author also writes of humbling oneself and accepting Grace which is a gift from God!   Beth also reminds  us that we must put on the Armor of God.  He gives us so much to fight the evil that tries to oppress us because of our belief in a loving God.

Disclosure: I received a free copy of this book from Charisma House/Realms for review.  I was in no way compensated for this review.  It is my honest opinion.