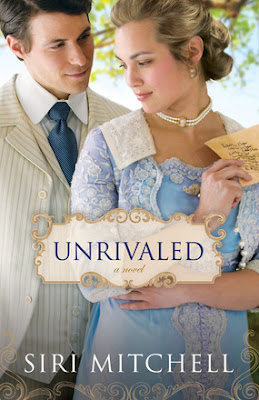 
Lucy Kendall returns from a tour of the Continent, her luggage filled with the latest fashions and a mind fired by inspiration. After tasting Europe's best confections, she's sure she'll come up with a recipe that will save her father's struggling candy business and reverse their fortunes. But she soon discovers that their biggest competitor, the cheat who swindled her father out of his prize recipe, has now hired a promotions manager-a cocky, handsome out-of-towner who gets under Lucy's skin.

Charlie Clarke's new role at Standard Manufacturing is the chance of a lifetime. He can put some rough times behind him and reconnect with the father he's never known. The one thing he never counted on, however, was tenacious Lucy Kendall. She's making his work life miserable...and making herself impossible for him to forget.

Link to buy the book:
http://ow.ly/jiUA3 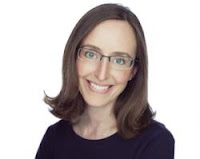 Siri Mitchell is the author of nearly a dozen novels, among them the critically acclaimed Christy Award finalists "Chateau of Echoes" and "The Cubicle Next Door". A graduate of the University of Washington with a degree in business, she has worked in many different levels of government. As military spouse, she has lived in places as varied as Tokyo and Paris. Siri currently lives in the DC-metro area.

Celebrate Unrivaled with Siri Mitchell by entering to win a Kindle Fire and joining her on April 18th for a Facebook Author Chat Party!

One "swooning" winner will receive:
Enter today by clicking one of the icons below. But hurry, the giveaway ends on April 17th. Winner will be announced at the "Unrivaled" Author Chat Facebook Party on 4/18. Connect with Siri, get a sneak peek of her next book, try your hand at a trivia contest, and chat with readers just like yourself. There will also be gift certificates, books, vintage candy kits, and more!

So grab your copy of Unrivaled and join Siri on the evening of the April 18th for a chance to connect with Siri and make some new friends. (If you haven't read the book - don't let that stop you from coming!)

Don't miss a moment of the fun, RSVP today. Tell your friends via FACEBOOK or TWITTER and increase your chances of winning. Hope to see you on the 18th!

Lucy Kendall returns from a tour of Europe with her Aunt and Uncle.   She is so excited to share all the wonderful sites she has visited with her parents. But just as they pull up to her house her Aunt informs her that her father has had a spell with his heart and is bedridden.  All the excitement left her now she is left with fear of the possible lose of her father.  The two were more than father and daughter they both had a passion for making candy.  She worried what would happen to the candy factory without her father. When she enters the house crying and greets her mother all was confirmed about her father's health.  Her mother informs her the candy factory must be sold for fear of losing everything.  Luch thought surely there was something she could do to save her beloved candy factory.

Lucy is obligated to attend a party with her mother and while at the party she overhears several girls commenting on that Lucy was a mean and deceitful person.  After all she had been through since she returned from her tour she left the room and hid while she cried.  Was she really all they said?   The next thing she knew a handsome man she literally ran over while walking down the sidewalk the other day is there trying to comfort her.

Charles Clark witness a murder and is implicated in the crime.  Since he was only an onlooker he was released from jail but not until his face was plaster on the front page of of a Chicago newspaper for everyone to see.  His mother and her future husband, whom is a cop, inform him he is to go live with his father. What can they be thinking?  He has been estranged from for twelve years.

When Charles arrives at a mansion the driver tells him that this is his father's residence.  Which means his father has done very well for himself while he and his mother and sisters basically did without things such a food and proper shelter. His seems father more than happy to see him and offers him a job at his father's very successful candy factory, as his heir to the business.  The working conditions were horrific and not efficient for the workers and even worse, there were children working there.  One of Charles's first assignments was to help plan the downfall of his father's competitor Mr.Kendall and his candy factory.  As he is in town on errands a beautiful you woman literally runs him over and when she leaves he can't get her off his mind.

What will happen when Lucy and Charles find out who they have just formed a bond with?

This book kept my attention to the very end.  I would love for their story to continue! The author wrote of deception, ruthlessness, romance, family ties, second chances, reconciliation and redemption. This is a great lesson in overcoming misconceptions, trials and tribulation.

The only downside of the book was I kept craving candy for some reason, especially taffy!

Disclosure:  I received a free copy of this book from Bethany House/Litfuse Publicity Group for review.  I was in no way compensated for this review.  This is my honest opinion.