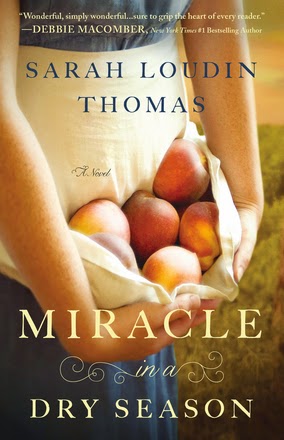 In a Drought, it's the Darkest Cloud That Brings Hope

It's 1954 and Perla Long's arrival in the sleepy town of Wise, West Virginia, was to go unnoticed. She just wants a quiet, safe place for her and her daughter, Sadie, where the mistakes of her past can stay hidden. But then drought comes to Wise, and Perla is pulled into the turmoil of a town desperately in need of a miracle.

Casewell Phillips has resigned himself to life as a bachelor...until he meets Perla. She's everything he's sought in a woman, but he can't get past the sense that she's hiding something. As the drought worsens, Perla's unique gift divides the town in two, bringing both gratitude and condemnation, and placing the pair in the middle of a storm of anger and forgiveness, fear and faith. 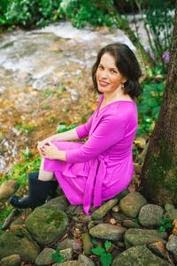 Sarah Loudin Thomas is a fund-raiser for a children's ministry who has also published freelance writing for Mountain Homes Southern Style and Now & Then magazines, as well as The Asheville Citizen-Times and The Journey Christian Newspaper. She holds a bachelor's in English from Coastal Carolina University. She and her husband reside in Asheville, North Carolina.
Learn more at www.sarahloudinthomas.com.

Perla Long and her young daughter moves into her sister's family home in hopes of a peaceful new begining for her and her child.  But people began to notice Perla was not normal, plus she had a past that most of the community was not willing to overlook. Some claimed she was a witch then there was a few that saw her as gifted by God.  There was one person, Caswell Phillips, that was exceptionally kind to her and her daughter. Caswell tried to explain to her and others  how special she and her gift really were. That is until he found out about her past which she tried so hard to keep secret.

The time this story is set was during a drought which created hard times for most everyone. The main character is  one a very special single woman with a child nd they are going through very hard times.  The author writes about how in times like these God uses the lowest of society to bless a whole community even though they be blind to the gifts right in front of them.

This brings to mind the verse when Jesus draws a line in the sand and asks for those without sin to throw a stone at the adultress woman.  All had walked away because none were without sin?

God prevails in this story with a  miracle in a dry season.

Disclosure: I received a free digital copy of this book from Netgalley/Bethany House for an honest review.