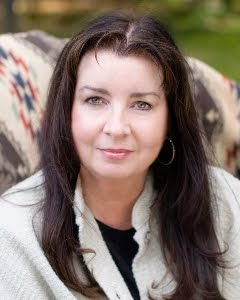 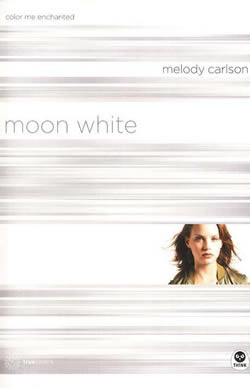 Teens and Their Supernatural Pursuits


Have you even wondered why some teens are drawn toward things like Ouija boards or psychics? Or why séances are still popular at sleepovers? Does it just have to do with Halloween and that spine-chilling need for a good scare? Or could it be something more? And, as a Christian, should you be concerned?
Those questions, as well as some confused reader letters, prompted me to tackle the “supernatural” in one of my teen novels (Moon White, TrueColors, Nav Press). And whenever I write an issues-based novel, I’m forced to research—and often in some dark places. So I began scouring websites, learning more about Wicca and the occult, trying to grasp what was really going on with today’s teens—and how I could write about it in a helpful and relevant way.
But, as usual, when I write a teen book, I go back to my own adolescence...trying to connect with my inner teen...and I suddenly remembered a short era when a friend and I got very interested in witchcraft. I had honestly forgotten about this time and was fascinated to recall how we scoured some witchcraft stores on a local campus—I think we even purchased a few things. Fortunately, this interest was short-lived and I became a Christian not long afterward.
However, as I reconnected with my inner teen, I had to ask myself—why had I looked into witchcraft back then? Why do teens dabble with it now? Suddenly the answer became crystal clear. I was searching. I’d been calling myself an atheist for several years by then, but I was spiritually hungry—starving in fact. Consequently I was looking for spiritual answers—something that would fill that empty void within me. I wanted a supernatural force in my life and I didn’t even care where it came from. I needed something bigger than me, more powerful than me, something to hold onto. I had no idea at the time that I was really searching for God.
This realization changed the way I viewed my research. Instead of feeling disgusted and dismayed by the witchcraft/Wicca sites (which are not particularly enjoyable) I began to recognize that these people (mostly girls) were simply searching too. They wanted a power source in their lives just like I wanted one in mine. They just hadn’t found God yet.
This led to another discovery. A girl who’s attracted to a religion like Wicca is usually seeking to gain some control over her life. Something is wrong and she wants to change it. To do so, she’s often enticed to purchase something—like “magical herbs”—to create a potion that will give her some control over her situation. Unfortunately, she doesn’t even realize she’s being tricked.
But think about it, wouldn’t you love to have control over a bad situation sometimes? Wouldn’t you love to be able to change the circumstances that make your life unpleasant? So what if someone offered you the “power” to do just that? Perhaps if you’re fifteen, you wouldn’t see that person as a charlatan and you would fall for it.
Which brings me to another important factor in understanding this generation’s attraction to the supernatural. Follow the money. The more I researched, the more it became painfully obvious that Wicca and witchcraft and the occult are money-making enterprises. Thanks to the internet, these savvy distributors sell anything imaginable—and many things you can’t. That leads to some serious motivation—these marketers want to hook their unsuspecting young customers and reel them in. Of course, these potions and trinkets and how-to books don’t come with a money back guaranty. Nor are they approved by the FDA. Yet they are a multi-million dollar industry.
So, in a way, it’s a perfect storm. Teens that are insecure, lost, unhappy, and searching...meet up with an unregulated industry that offers supernatural answers and power and control...for a price. And, oh yeah, I never even mentioned how this opens a door for Satan to slip in and wreak havoc. For that...you’ll have to read the book.

Posted by Patricia at Wednesday, November 09, 2011