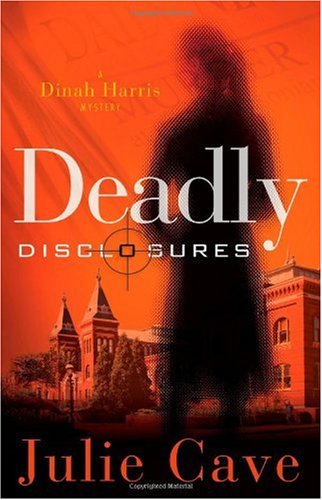 About Author:
At fifteen, two things happened which would shape her future: she heard a creation science speaker at her church which cemented her faith in God; and she finished her second novel-length story and realised she had fallen in love with writing novels.

Julie Cave credits her parents for introducing her to books at a young age, which fostered an enduring passion for reading and writing. As a child, her favourite authors were Enid Blyton and C.S. Lewis and it wasn’t long before she began copying them, writing short stories for anyone who would read them.
After school, she completed a health science degree, got married, and worked in banking and finance. All the while she wondered how she could combine her love of writing and her strong passion for Christian apologetics and evangelism. One weekend at a church camp, a friend asked, ‘What if the guy in charge of the Smithsonian Institution went missing?’

The result – and the answer to that question – is Julie’s maiden published novel, Deadly Disclosures. It was released in May 2010.

The second book in the Dinah Harris mystery trilogy, The Shadowed Mind, was released in October 2010. In this novel, Dinah is confronted with two very different opinions on the value of human life.

The third book, Pieces of Light, delves into the secular humanist movement to remove God from our culture.

Recently, familyfiction.com readers voted Julie #4 in the top ten New Authors for 2010, and her novels Deadly Disclosures and The Shadowed Mind tied in 10th place for Best Suspense Novel of the Year.

Julie has two daughters and lives in Brisbane, Australia with her family. She divides her time between being a wife, a mother and an author.

My Thoughts:
I don't normally read mystery genre. So it took me longer to read this book compared to what I normally read. But it did not take away from this amazing book.

As I got to reading the story was very intense. Dinah Harris is a FBI agent. Due to the loss of Dinah's husband and young son she falls into a deep depression and turned to alcohol for comfort. She battles with the fact that she has no desire live anymore.
Due to her abuse of alcohol she was responsible for the death of a young man that was an informant in a gang investigation. Because of her actions she is removed from active duty and put to work at teaching a class for the FBI.

She is pulled back into active duty even though it is very apparent that she has a drinking problem. She is asked to assist in a very high profile case of the death the Secretary of the Smithsonian Museum. The case turns into a real puzzle because they know someone within the system has to be involved.

The author goes into great detail about the case. She also has an amazing skill when she goes into explaining the tension between the two issues and groups, Evolution and Creation.

If you enjoy mysteries this is definitely the book for you.

Disclosure:
I received a copy of this book for review from the author. I was in no way compensated for this review. This review is my honest opinion.