It's August and the cusp of changing seasons, but here at Clash of the Titles we never vary our quest for perfect fiction. Here are five more titles hot off the press for your contemplation.

A governess, a spy for Abraham Lincoln, a spoiled rich girl, a hideaway, and a thief…what could be more enticing?

Remember…vote for the book you’d most like to add to your favorite reads pile, and share the news with your friends and family! Vote today through next Tuesday when the polls close at Midnight EST; then come back on THURSDAY to find out which book received the most votes. The winner will tour with our Clash of the Titles blog alliance, so have fun being a roadie without all the heavy lifting if you want to go along. And now…Peruse, Ponder, Press the button of your choice. 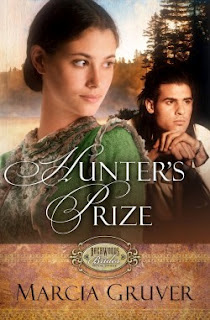 Hunter’s Prize, by Marcia Gruver
When Addie left her sheltered Mississippi life to become governess to Ceddy Whitfield, she never dreamed she’d be undertaking her most challenging role yet. But after a brutal attack on her peculiar charge and a break-in that threatens the serenity of Whitfield Manor, Addie’s coveted new life is set on a dangerous course.

The Seekers, by Sadie and Sophie Cuffe
Union Cavalry Captain Lawrence Wainwright has one goal: to make sure his horse survives the war. But when he becomes President Lincoln’s spy, Lawrence assumes the identity of a slow-witted boy/man and suddenly he’s undercover protector to an aging slave and his two young grandchildren, and to Rachel, a stubborn Yankee woman on a mission of her own. 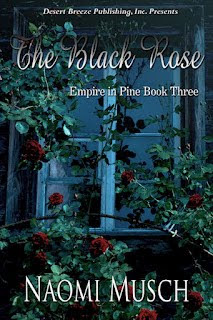 The Black Rose, by Naomi Musch
Desert Breeze Despite the panic of 1893, logging reaches its golden era in the growing state of Wisconsin, and twins Jesilyn and Corianne Beaumont enjoy a comfortable life with family in the bursting Great Lake city of Superior. But when jealousy incites Jesi to seduce Cori's fiance, a flight and fall from grace lands her in a boom town brothel, where a fresh start is denied her.

Found in the Woods, by LoRee Peery
Beth Phillips returns to Platteville, Nebraska in order to begin a new life and to hide from her abusive ex-husband, but finds a displaced wolf as well as field biologist, Aiden Holt, who is following up on reported wolf sightings. Two souls, each lost in their own way, are brought together by one of God's beautiful creations to hopefully find their destiny in the woods. 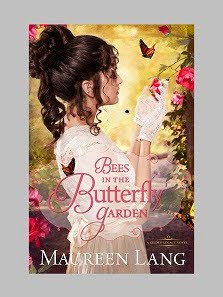 Bees in the Butterfly Garden, by Maureen Lang
Raised in an exclusive boarding school among Fifth Avenue’s finest, Meg Davenport learns her late father wasn’t the wealthy businessman she thought, but one of the Gilded Age’s most talented thieves. Throwing etiquette aside, Meg is determined to help his friend Ian pull off his biggest heist yet, but are they both in over their heads?

Email ThisBlogThis!Share to TwitterShare to FacebookShare to Pinterest
Labels: Bees in the Butterfly Garden, blog alliance, Clash of the Titles, favorite reads, Found in the Woods, Hunter's Prize, The Black Rose, The Seekers