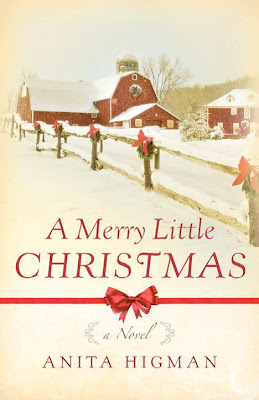 About A Merry Little Christmas:
Fall in love with this cozy story about two people from different worlds.

Franny Martin is an Oklahoma farm girl who's preparing to spend the holidays alone...again. Then Charlie Landau shows up one day, all wealth and polish, and offers to buy Franny's farm. Franny has no money to speak of, but she is clever and spirited, and she's more than happy to sell the farm and move to the city.

As Sinatra croons from the radio and Christmas descends upon her charming farm, Franny teaches Charlie the curious and sometimes comical ways of country life. In the process, they unearth some discoveries of the heart-that sometimes love comes when you're least ready for it. Will the holidays bring their most impossible dreams within reach?

Link to buy the book: http://ow.ly/eyLJH 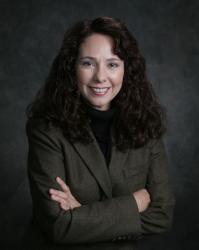 Best-selling and award-winning author, Anita Higman, has over thirty books published (several coauthored) for adults and children. She's been a Barnes & Noble "Author of the Month" for Houston and has a BA degree, combining speech communication, psychology, and art. Anita loves good movies, exotic teas, and brunch with her friends.

Find out more about Anita at http://www.anitahigman.com.

Author Anita Higman invites readers to kick off the season with a spirited holiday tale! Anita is spreading the Christmas cheer by giving away fifteen copies of her new book.
To enter to win a copy of A Merry Little Christmas, just head over to the contest page at Anita’s website and fill out the short form. Be sure to put BLOG CONTEST in the subject line.
Winners will be announced (and notified by email) on 11/9!

Franny Martin has her mind on music most of the time while she is doing chores on her farm.  The barn yard animals seem to like her singing.  As she is singing to the pigs a man walks up behind her and scared the stuffin out of her.  Which landed her in the mud.  He did save her radio from the mud and she was grateful for that.  She asked the nice looking man who he was and why he was there.  He boldly told her his name was Charles Landau and he wanted to buy her farm and was willing to pay whatever she asked.  She quickly told him he just bought a farm.  The only problem was he knew nothing about farming or livestock. Nada!  So after much deliberation she agreed to stay on as a hired farm hand and teach him about farming.  He was to learn to be farmer in three weeks. Right! After that she was going to move to the city and work at her dream job at a radio station that is if anyone would hire her without any knowledge in this line of work.

She had many obstacles in her way of getting her dream job.  Charlie was not very successful at farming after she left either. Maybe if they worked together in running the farm it would be profitable for both of them.  That is if Charlie's father was not so bent on Charlie taking over the family business to the point of making threats.

I read this book in one sitting okay two sittings. I did not want to put it down.
It had all I love to read in a book intrigue, romance, Trust in God, family secrets, redemption, love of mankind and some very interesting characters.

The characters:
In my opinion each of the characters had a painful past causing the present life hard to endure at times. The difference in the characters was that some of them trusted in God's will and endured their lives with patience.  Those that had hardened their hearts towards God tried to force their own will on others causing much pain themselves and others.

The author writes of a Christmas Gift that's not under a tree or wrapped up in pretty paper.  It is the Gift of Love God gives to His children through the birth of His Son Jesus.

Disclosure
I received a free copy of this book from Summerside Press/Litfuse Group Tours for review.  I was in no way compensated for this review.