Deborah Heal author of Time and Again, Book one of Charlotte of Miles Station and Unclaimed Legacy, Book two 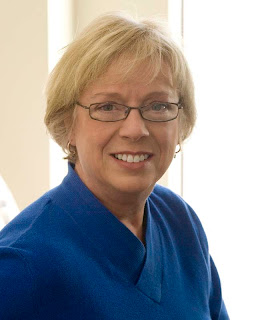 I don’t have a good rememberer. Very few memories from childhood, good or bad, have stuck with me. But a disproportionate number of memories, some of my happiest memories, involve books.

My earliest literary memories were the nursery rhyme books Mom would read to us. The words tickled my ears in such a pleasant way. I don’t remember much else from my pre-school years, but I remember the book an aunt brought me when I was four. Little Bobo and his Blue Jacket is the story of a little elephant whose new jacket no longer fit because his mother washed it in Shrinko. I was thrilled to have a book that was just mine.

I remember that same happiness and excitement again in 3rd grade when books from the Weekly Reader Children’s Book Club arrived at Meissner Elementary and my teacher distributed them to those who had ordered them. I still have several of those books. Parcifal Rides the Time Wave was the first time-travel story I ever read. Another favorite was My Father’s Dragon, a mystical, mysterious, adventure story.

Later, Mom bought me Nancy Drew books for birthdays and Christmas. I was hooked on Nancy Drew until my freshmen English teacher told me it was time to move on and suggested Agatha Christie as a more appropriate choice in mysteries.

And then there is that pleasant memory of Mr. Brinkley’s box of books. Alec Brinkley was a friendly neighbor in Woodburn who always had a smile and a good word whenever you met him. One day he dropped off a large box of books for our family that he no longer wanted. I thought it was Christmas. Or maybe I should say Thanksgiving. After all, I ate them up like a tasty meal.
In it, there were books by familiar authors like Agatha Christie. But Mr. Brinkley’s box of books also opened my eyes to other literary avenues to explore. Victoria Holt’s Mistress of Mellyn and Daphne du Maurier’s Rebecca sent me on the trail of gothic romantic mysteries for many years.

A stack of Ellery Queen Mystery Magazines and books gave me a love for detective stories. I’ve read a million books since then, but I still remember the first Ellery Queen story (although regrettably not the title). A woman is found stabbed to death in a locked room. At the end, we discover that she actually had killed herself in a ritual harikari ceremony with a jeweled dagger. The sleuth reveals that a raven had purloined the sparkly dagger, taking it away through the open window to its nest.
Of all my book memories so far, nothing beats the day when the box of my own books arrived at my house. I’m betting I won’t forget that any time soon. 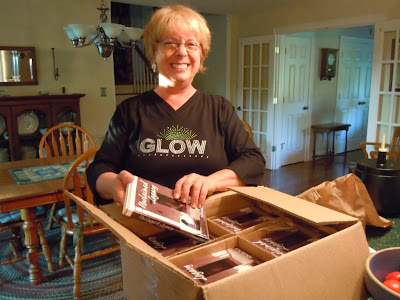 They say you are what you eat. But surely we are also what we read. With this kind of a literary background, it’s no wonder my own books have elements of mystery and mayhem.

Deborah Heal is the author of the young adult novels Time and Again and Unclaimed Legacy. She lives in Waterloo, Illinois, where she enjoys reading, gardening, and learning about southern Illinois history. She and her husband Bob have three grown children, three grandchildren, and a canine buddy named Scout (a.k.a. Dr. Bob in the story). Currently, she is working on book three in the Time and Again series, in which Abby’s college roommate Kate enlists her help solving a family mystery.

Where to buy the books
Amazon
Barnes & Noble 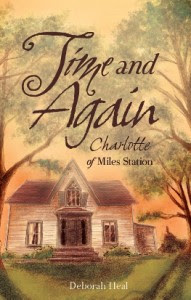 Abby Thomas is on her summer break from college. She has decided to do a college service project which will be tutoring  eleven year old Merrideth in small community called Miles Station, Illinois.  The girl and her mom Pat live in a very old two story house that is in desperate need of a makeover.

As soon as Abby meets the unkempt young Merrideth it is apparent that this will not be as easy a project she was expecting. The young girl complains about everything she is asked to do. Plus she has a really sarcastic attitude.  That is until they find a virtual tour program on the computer that pulled them into a time 160 years in the past and into the real life of Charlotte Miles, daughter of Colonel Miles original owner of Merrideth's new home. Colonel Miles was also founder of Miles Station.

What was the deal could they really be watching and hearing what went on with Charlotte that many years ago?
It was just too freaky, yet they did not want to stop the program.  Was there any way to communicate with Charlotte?

Abby and Merrideth compare the rundown conditions of the almost ghost town to the booming Miles Station at the time Charlotte and her father were alive.  Then they became obsessed with the daily life or lack thereof that Charlotte was living while stuck in Miles Station because of her over protective father.  On one occasion Charlotte wanted to go to the fair with a young man she knew but her father forbid her to have anything to do with the young man.  She was so hurt and angry.

The author has a great imagination coming up with this virtual tour computer program. She created many interesting character in the book.

For instance:
So you can see putting together all these characters along with the history, intrigue, mystery and romance of the past and present of the community of Miles Station definitely makes for a good read.

Excerpt from back cover of Time and Again:  Charlotte at Miles Station is a story told in the past and in the present. A story of three girls - their perspectives, their relationships, and their journey of self-discovery and faith.

Disclosure:
I received a free copy of this book from the author Deborah Heal for review.  I was in no way compensated for this review.  It is my own opinion.


If you found this review helpful please vote yes or no here.