Words that Ignited a Dream
by Deborah Heal 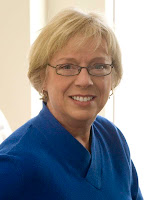 Meissner Elementary School was a little intimidating when I arrived there as a second grader. The halls went up and down and all around—or at least they seemed that way to me—because of the additions to the building through the years. I used to have nightmares about wandering around lost and unable to find my way to class.

Some of the teachers also scared me. A tall, thin lady named Mrs. Crochet (or something like that) always glowered at me as I tiptoed past her room. Fortunately, I got to keep on walking to Mrs. McCormick’s classroom, where I felt safe, even loved. She was plump and nice and always smiling. Except for the amazing day she was called out to the hall and returned, red-eyed and crying, to tell us President Kennedy had been assassinated.

My 5th grade social studies teacher wasn't one to smile much. I guess that when you knew as much as he did about things like the Cuban Missile Crisis you were bound to look a little grim.

I can’t say I learned much English that year from Mrs. XXX. (Sorry, even after all these years it’s still not safe to say her name aloud.) She terrorized us every day when she stomped into the room, dropped her stack of books with a resounding crash onto the oak desk, and yelled at us because we weren't open to the right page. That and her sneers and demeaning comments to the poor, raggedy boy in the back are all I really remember from her. Oh, and her hairnet and seamed stockings. She must have knitted her own, because those hadn't been seen in stores since the 1940s.

So there, Mrs. XXX!  Ha, ha, ha. I didn’t dedicate Time and Again to you.
No, that honor goes to Ruth Fite, my 8th grade English teacher. Don’t get me wrong. She wasn’t all smiley and gooey sweet. She was tough. She didn’t allow any slacking. We WOULD learn how to diagram sentences if it killed us. But we really learned grammar there. And when I went off to Southern Illinois University to major in English I was the only student in the grammar class who knew the subject. SIUE, like other universities, is turning out English teachers who don’t know grammar themselves and have been told that grammar is somehow passé, unnecessary, maybe even illegal or immoral.

But I beg to disagree. A strong foundation in grammar gave us the tools to write, whether it be productive business correspondence, entertaining stories, or Christmas letters that won’t have our readers wanting to hang themselves.

I loved it when we got to write stories in Mrs. Fite’s class. I actually wrote my magnus opus there in 8th grade. It was a story about a person being wrongfully incarcerated in a mental hospital. (The author of One Flew Over the Cuckoo’s Nest stole my idea or I would be a rich and famous author today.) I felt pretty good about how my story turned out. That was its own reward, but I also got a red star at the top and Mrs. Fite’s words, “Be sure to give me a signed copy of your first book!”

She probably didn’t realize how important those words were. (Maybe she wrote them on everyone’s papers.) But they changed the way I thought about myself and ignited a dream I never forgot.
She was good at encouraging, good at seeing into kids’ hearts. Heck, she actually liked her students. Unlike The Teacher Whose Name May Not Be Spoken, the one who verbally abused the poor and downtrodden, Ruth had a heart for the bad boys, the hard cases, even the ones who didn’t do so well in English grammar. My brother recently told me that it’s no exaggeration to say that the encouragement and hope she gave him may have saved his life. And I might never have had the courage to write if not for Mrs. Fite’s words. 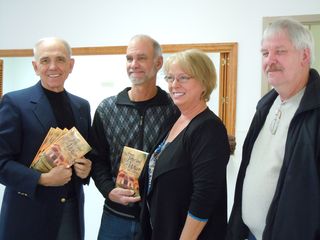 Unfortunately, Mrs. Fite was no longer alive when I published my first book Time and Again. But I hope she knows, somehow, that I dedicated it to her. It was an honor to honor her memory by presenting a copy of Time and Again to Ruth’s family at a book signing in my hometown.

The moral of this story is that teachers ought to encourage their students. They might remember it a half a century year later. And students—listen and learn from the good ones so you can get your revenge on the bad ones by writing about them—using perfect grammar of course.

I am on my fourth career. First I was a farmer’s wife, homeschool mom, and then finally high school English teacher. But now I’m living my lifelong dream of being an author. It didn’t come easy or fast. As a matter of fact, my first book, Time and Again: Charlotte of Miles Station, was 18 years in the making. Unclaimed Legacy, the second book in the Time and Again trilogy, will be out in September 2012, and I’m currently hard at work on the third. When I am not writing I enjoy reading, gardening, and learning about southern Illinois history.  I am married and have three grown children, three grandchildren, and two canine buddies Digger and Scout (a.k.a. Dr. Bob)
Website: http://www.deborahheal.com
Facebook: http://facebook.com/DeborahHeal

Where to buy the books
Amazon
Barnes & Noble 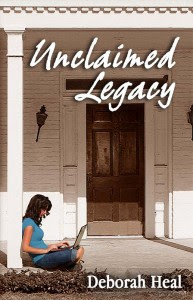 
“I call it time-surfing,” Abby said. “It’s like being there,
except no one can see or hear us.”


“Whatever you call it,” John said, “that was crazy—what we just did.
Beyond realistic. I mean, I was in that guy’s head
and knew everything he was thinking.”

Abby’s weird computer program is working again. And it comes in handy when they agree to help the Old Dears next door with their family tree. Except Abby and John learn more about one of the ladies’ ancestors than they ever wanted to know. Convicted in 1871 of murder and arson, Reuben Buchanan is a blight on the family’s reputation. But was he really guilty? Abby and John get inside the mind of a murderer to find out. But while they’re rummaging around in the Old Dears’ family history, they discover the truth of God’s promise to bless a thousand generations …
… and a legacy waiting to be reclaimed.

Abby and Merri are upset because there virtual computer program is not working.  Abby's new friend John brings one of his computer geek buddie to Merri's home to try a retrieve the program.  But that does not mean John believes what the girls have been telling him about the time traveling.  Merri was very upset the program still did not work.  She had so hoped to spend more time with Charlotte.

John suggests taking young Michael to his sister Lucy for speech therapy. When they take Michael for his first consultation Lucy asked Abby and Merri if they would be interested in house sitting for a week.  They jumped at the chance to stay in Lucy's renovated Victorian Home.  While there they are introduced to the very eccentric twin sisters nicknamed the Old  Dears' that live next door to Lucy.

It was Abby's responsibility for watching over and helping out the Old Dears'  and John was more than happy to help.  One evening while on the computer John realized the program Abby had been talking about was now working.  Now he believed her.  The only difference  it was focused on Lucy's house in the year 1897.  Abby showed him how to navigate the program and fasted forwarded it forty years.  Lo and behold the Old Dears' appeared on the screen. But when it becomes uncomfortable for Abby to be spying into the lives of the Old Dears as young women she told John they should not watch them.  They agreed there were other places they could time-surf.

So much happens after that day.  They are not sure how to deal with what they were uncovering.

The author has outdone herself. I was so curious as to what she was going to come up with for book two.
It is even more intriguing and mind boggling than book one.  I was almost as giddy about it as Abby and Merri were.  The new characters the Old Dears' are hilarious and have so much to hide.  Yet the author in her unique way uncovers their past.

I hope there will be another book after this one!

Disclosure
I received a free copy of this book for review from the author for review.  I was in no way compensated for this review.  It is my own opinion.