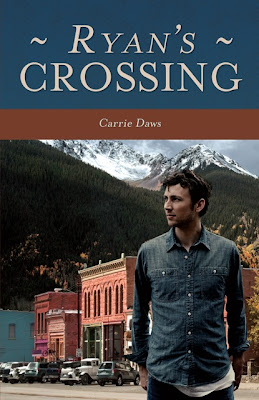 After ten years, Ryan’s parents found his runaway sister, Amber. Now, as he drives to meet up with her and his parents before her wedding, his mind fills with the changes coming. Besides figuring out where she will fit into his life, a job change is on the horizon for him. But should he stick with small town life? Or should he move to Portland, Oregon? Meeting the family his sister is marrying into only brings more questions. Maybe moving to nearby Portland is the better choice.  But something about the town of Crossing calls to him. Is it the friendly people who openly accept him as Amber’s brother or the cute brunette who happens to be sister of the groom? As Ryan weighs the pros and cons, He decides to put God to the test. Will He answer? Will He let him know which choices to make? And what if Ryan doesn’t like the answer? 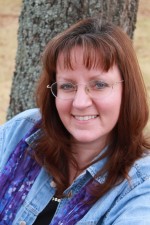 Over the years, God rewrote Carrie’s dreams to include being a stay-at-home mom and a writer. Originally writing weekly devotions as a way to share what she learned with women from various military bases, Carrie decided to enroll in the Christian Writer’s Guild. While there, seeds were planted and cultivated. After almost ten years in the military, Carrie’s husband medically retired and they now live in central North Carolina with their three children. She stays busy with homeschooling all three and driving them to field trips and extra-curricular activities. Besides writing fiction novels, Carrie works part time in her church’s office and volunteers within two military ministries.

Q & A with CARRIE DAWS


Q. Your background is in writing online devotionals. Why did you decide to enter the world of fiction writing?

A. Well, truthfully, I never thought I’d want to write fiction. But I took a course by the Christian Writer’s Guild that included lessons on several different kinds of writing outside of my comfort zone. I found I loved creating fiction.

Q. Who do you think readers will relate to most in this book?

A. Ryan’s Crossing includes fairly ‘normal’ characters. No one is really in crisis, no one’s life is falling apart. Life is just happening and causing people to consider some new opportunities because of it. While I think many people will want to think of themselves more as Brittany – stable in her life, solid in her relationships and career – I hope many will also consider where Ryan is, including having a blind spot or two they may need to let God work on.

Q. Courting and purity are addressed in this book. Why did you decide to include those topics?

A. Courting and purity seem like such old-fashioned ideas, yet to me it makes a lot of sense. Protecting my children’s hearts takes as high a priority as protecting their bodies. If true love waits for the marriage bed, then why shouldn’t the heart also wait until the person is ready to be married?

Q. How does the main character Ryan feel about courting?

A. Courting, as well as the concept of not being in a closed space with someone of the opposite gender who is not related by blood or marriage, are new ideas to Ryan, but it’s important to the girl who has caught his attention so decides to play along.

Q. Do you have plans for additional books in the “Crossing” series?

A. Two more books are coming for Crossing! Romancing Melody will be out in the spring of 2013. It will focus on a military wife trying to survive the Army and a catastrophe while her husband is deployed. About halfway through the book, she makes a journey to Crossing where she is loved on by Ryan, Brittany and the entire Yager/Griffin family. The final book will be Crossing’s Redemption, which will tell more of the life of Mrs. Guire – Melody’s aunt and Crossing’s town hotrod. Amber will also come full circle and deal with a bit more of the pain in her past.

CARRIE, THANK YOU FOR SHARING WITH US
ABOUT YOUR "CROSSING" SERIES!!!

GIVEAWAY
Win a Paperback Copy of
RYAN'S CROSSING by Carrie Daws
1 Winner
Just leave a comment with your email.
(I need your email to contact you if you are the winner)
Ends Sunday, January 8th, 2013
Winner announced on Monday, Jan. 9th, 2013

When Ryan received an invitation to his sister Amber's wedding he did not know what to expect.  He had not seen her since she ran away when she was in her teens. He had also been avoiding his parents and would have some explaining to do about missing so many of the holidays with them.  Being an EMS and also attending school was the excuse he gave them over the years.  In his own way he too has been running away from his family?

When he arrives in Crossing, Oregon his whole family is together and seem to be functioning like a normal happy family and that is not what he expected. He assumed the big change was in thanks to Amber's future in-laws.

He is introduced to Amber's future in-laws and their extended family which included Allie the grooms sister. After one look at Allie he knew his life was fixing to be turned in a totally different direction than he had planned.  He even started hearing a voices which was either God or an Angel by the name of Matthew.  They seemed to be guiding him on a new path.

Where was all of this leading him?  It seemed to be a little clinic in Crossing and the beautiful nurse named Allie.  It was slowly becoming clear to him where God wanted him live, work and start a family. But what does Allie want?

This book was as heart wrenching and inspiring as book one. With the visitations of the Angels overseeing the family I would get goosebumps. In both books at first I struggled with their rules on courting but I totally agreed on the rules of purity and how the two are connected. It would be wonderful if more parents would adopt this for their children.

I am ready to read book three.

Disclosure
I received a free book from Ambassador-Emerald International for review.  I was in no way compensated for this review.  It is my own opinion.