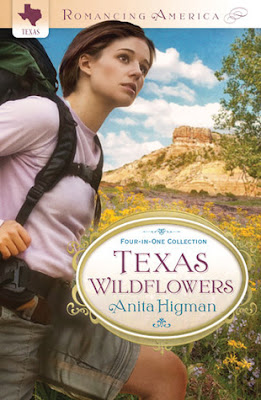 
Romance is in full bloom for four McBride sisters living in Texas. A jilted Rosy goes home to Galveston to nurture her broken heart. Will she find the courage to love again? Lily has just opened a Christian counseling business. Will an eccentric client cause her to break the most solemn of vows? Violet runs a business that shows people how to live romantically. Will a quirky geek teach her the real meaning of love? Heather’s perfectly planned life has just come undone. Will an unexpected date give her the courage to let go—in life and love?


Where to Buy: Amazon, Barnes&Noble 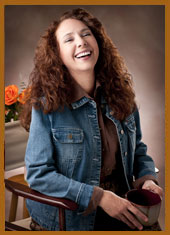 CBA best-selling and award-winning author, Anita Higman, has over thirty books published (several co-authored) for adults and children, and she has seven books coming out in the next two years. She won a 2011 RWA Readers Choice Award (first place) and has been honored in the past as a Barnes & Noble “Author of the Month” for Houston. Her latest coauthored book, Love Finds You Under the Mistletoe, was on the Nielsen’s best-seller list for five weeks for religious adult fiction and #6 on the CBA best-seller list for fiction (January, 2011). Anita’s novella, Once Upon a Christmas Eve, was given a four-star review in Romantic Times Magazine.

A few of Anita’s books are Love Finds You in Humble Texas, Another Stab at Life, The Celestial Helix, The Love Song (co-authored), Pokeweed and Mrs. Gasp, Who Will I be For the Rest of My Life? (co-authored), and Big Book of Holidays and Holy Days. She also has contributions in twelve nonfiction compilations.

One of Ms. Higman’s co-authored books entitled, A Tribute to Early Texas, has a foreword by Elmer Kelton and has won a San Antonio Conservation Society Citation as well as a Westerners International Book Award. She was named a Favorite New Author in the 15th Annual Heartsong Presents Awards, and in the 16th Annual Heartsong Presents Awards her co-authored novel, Castles in the Air, was one of the winners in the Favorite Contemporary Romance category. Also Anita contributed to an animation script that won a Gold Remi Award.

Ms. Higman has won two awards for her contribution to literacy and has raised thousands of dollars for literacy with her book, I Can Be Anything, while serving on the board of directors of Literacy Advance of Houston.

Anita Higman has written for radio, ezine, and advertising. She also cohosts a monthly blogtalkradio show at www.InFaithNetwork.com which is a part of Reader’s Entertainment Radio and reaches an audience of 80,000. She has a BA degree combining speech communication, psychology, and art from Southern Nazarene University, and she is a member of American Christian Fiction Writers as well as The Writer’s View.

Hear Anita on the InFaith Network

Here are twelve secrets about Anita Higman—twelve facts you might enjoy reading or twelve facts that might be a complete waste of your time. I’ll leave that up to you…

GIVEAWAY
Paperback
Written by Anita Higman
2 Winners
Just leave a comment with your email.
(I need your email to contact you if you are the winner)
Ends January 13th, 2013
Winner announced on Jan. 14th, 2013

This book is about the McBride sisters.  They were raised in Galveston, Texas and enjoy the fact that their mother owned a Scrapbooking Shop on Galveston's popular Strand.  All three girls are on their own living in different parts of Texas.  Each one of them is single and waiting  for their soul mates.

The girls have come together in Galveston for Rosy's wedding but it has come very apparent that she has been left at the altar.  How could this happen they love each other.  Where can her Henry be?  She was going to Kill him!

She realizes she pushed too hard for a marriage that Henry just was not ready for.  So instead of killing him she closes herself up in her old bedroom at her parent's house.  Then her best bud, Lars shows up as her knight in shining armor to pull her from the pit of depression.  Why had she not seen what a special man Lars was, he knew her better than anyone?

God had a better plan for Rosy.

For the Love of Violet!

Violet owns her own business called Romantic Images.  Her business is doing so well she has someone else running the business for her.  Violet loves hiking and living in this scenic town of Alpine, Texas.  As she is enjoying a quiet day when she hears a racket coming up her driveway.  Stepping out of a rattle trap of a truck is a cowboy.  He introduces himself as one of her online customers and he has a very high opinion of her.  This was kind of freaky that this man would drive out to her home to meet her.  He wants to pay her to teach him how to be romantic.  Crazy!

She was not sure how it happened but she agreed to help him for an outrageous price thinking he would not pay what she asked.  But he agreed pay whatever she asked.  They decided to hike up a mountain as they had their first lesson on living romantically.  The more time she spent with Will the more she liked him.  Maybe he was teaching her a lesson in romance.

Forget Me Not Lily!

Lily has started her own business as a Christian counselor but she does not have very much confidence in herself.  When she attended school she missed a lot of classes helping a sick friend.  Even though she got her degree she feels as if she miss some important lessons.

She has several patients and they all seem to be happy under her care.  Her motto is to not just be there counselor but  their friend.

One day a very handsome man comes to her office  to make an appointment for counseling. He feels it is not necessary but his boss slash friend thinks differently.  Lily and Rubin meet to access his counseling needs and decide he really doesn't need counseling.   Rubin kept making advances that were hard to miss and she decided to invite him to a party she was having at her home for all of her patient slash friends.   Lily is attracted to  Rubin but his gorgeous female boss also has her eyes set on Rubin.  Would it be ethical for Lily to date Rubin?

Heather has just resigned from her job.  The job had been one of deceit and lies and she did not want to have any part of that kind of business.

She felt like she had a load removed and was ready to move on to an honest profession.  She owned her own home in Southeast Texas on Horseshoe Bayou.  It was her beautiful relaxing haven.  She likes sitting on her back porch watching God's majestic creations.

As she sits enjoying the view a handsome man in a tuxedo comes walking up with a broad smile on his face.  She must be having a vision. Come to find out he was her neighbor and needed a favor.  He asked her if she would be his date for a wedding he had to attend.  At first she considered the fact that she did not know this man from Adam. Then he explains that his deceased aunt had left him the house. His aunt had spoken often and kindly about Heather on several occasions when she was living.  So he felt like he already knew Heather.  They joked around and she decided since he really wasn't a complete stranger she would help him out and be his date for the wedding.  Besides he was something else!

After just one date they both knew there was a strong connection between the two of them.

I will not tell you how things ended so you will need to grab a copy of the book to find out if there was a happy ending.

I had a great connection with this book because I live in the Piney Woods of Southeast Texas. Plus I have three daughters and two step-daughters that I had the pleasure and watching them fall in and out and in love.  I would like to say they are all living happily ever after but they are all living their life the way they choose and that is what counts.

The author wrote of the diverse situations of each sister as they sought their soul mates.    These stories were sad at times, definitely funny and very romantic.  God had a special plan for each sister.

I found each story to be special in its own way.

Disclosure
I received a free copy of this book from the author for review.  I was in no way compensated for this review.  It is my own opinion.