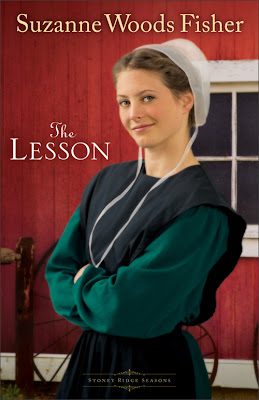 
Centered on one of Suzanne Woods Fisher’s most loved characters, this is the story fans have eagerly anticipated. The precocious M.K. is all grown up (well, almost) and ready to take on the world–with surprising results. Fisher’s trademark plot twists and turns are as unexpected and satisfying as ever in this third book in the Stoney Ridge Seasons series.
In her wildest dreams, spunky and impulsive nineteen-year-old Mary Kate Lapp never imagined herself behind a schoolteacher’s desk. A run-in (literally) with the schoolteacher compels her to act as a substitute teacher, just as her restless desire to see the world compels her to apply for a passport . . . just in case. The only thing of interest to M.K. in the sleepy Amish community of Stoney Ridge is the unexplained death of a sheep farmer that coincided with the arrival of a mysterious young man into the community. Frustrated that no one takes the crime seriously, she takes matters into her own hands. Unfortunately, as tends to be the case for M.K., she jumps headlong into trouble. 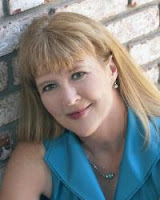 About Author
Suzanne Woods Fisher is the bestselling author of the Lancaster County Secrets series and the Stoney Ridge Seasons series, as well as nonfiction books about the Amish, including Amish Peace. She is also the coauthor of a new Amish children's series, The Adventures of Lily Lapp. Her interest in the Anabaptist cultures can be directly traced to her grandfather, who was raised in the Old Order German Baptist Brethren Church in Franklin County, Pennsylvania. Suzanne is a Carol Award winner and a Christy Award finalist. She is the host of internet radio show Amish Wisdom and a columnist for Christian Post and Cooking & Such magazines. She lives in California. For more information, please visit www.suzannewoodsfisher.com and connect with her on Twitter @suzannewfisher. Get Amish proverbs delivered right to your iphone or ipad! Download the Free App!

Celebrate the release of The Lesson with Suzanne Woods Fisher by entering to win one of TWO iPads!

Two winners will receive:
Enter today by clicking one of the icons below. But hurry, the giveaway ends on January 20th. Winner will be announced on 1/22/13 at Suzanne's Blog.

Mary Kate Lapp still has discontent for her life in Stoney Ridge.  She has her sites and mind on faraway places.  She has even gone as far as to acquire an application for a passport.  Her mind and body are never still, they are always on fast forward.  Then one day as she was racing down the road on her scooter she heard a gunshot and saw a man lying presumably dead in a field.  She raced down the road to use the schoolhouse phone to call 911 and on the way back to the supposedly murder scene she encountered Alice Smucker the school teacher in the road. She had plowed over Alice with her scooter causing a supposedly concussed head injury causing her to have to go call 911 once again.

The Bishop decided since MK had caused the teacher's supposed injury MK then would take Alice's place as school teacher for approximately three weeks.  Now MK would have like to argue the fact that Alice was a hypochondriac, but you just don't argue with the Bishop.

She thought this was the worst thing that could ever happen to her.  She spent years trying to get out of the school house now she had to go back as a teacher.  Being a teacher was much harder than she could ever have imagined.  Her stepmother Fern suggested she speak to a wise old woman by the name of Erma. Erma was soon to be one hundred years old. She surprised MK by giving her some very wise advice about how to teach each individual child and as days went by she began enjoying her teaching position.


* * *
Jimmy Fisher an old schoolmate came to MK for some advice about how to get his new love of his life to notice him.  But as usual Jimmy jumped from one girl or job before you could blink an eye.  He had a habit of  sneaking off in the middle of a job or he would be checking out the race ponies. But he always had time to visit with MK.

With so much going on in Stoney Ridge not many noticed a couple of new residence.  Will and his young sister Jenny had taken up residence in their Grandpa Mitchell's old home place.  Everything should work out fine for them if he can keep a low profile a few months longer that is until he turns twenty-one then the old home place will be legally his.  If his mother finds out where they are living she could cause a lot of trouble.  That was what she was good at and had left him and his sister in foster care since he was eight years old and Jenny was one. This was not something he wanted the people of Stoney Ridge to know about them.

MK had met Will the same way she had plowed over the teacher, but this ended Will upside down in a muddy ditch.  MK had no idea that Will was the new worker her father had hired to help with the farm.
Nor did she know that Jenny one of her students was Will's younger sister. Once MK found this out she invited Jenny to spend time at the her home until her brother got off work.  The more time she spent with Will the more attracted she became to him.  But for some reason he kept avoiding her which made her suspicious.  What was he hiding?  Here Mary Kate goes again!  She is determined to play police detective and find out who Will really is and what he is hiding. She wondered if he had anything to do with the death of the farmer she had seen lying in the field?

I would love to tell you more but then that would spoil the story for you.  So hurry and get a copy of this book and find out what secrets MK is able to uncover!

The author has outdone herself on this book.  My family kept trying to distract me from my reading but I just kept shooing them away.  In this book you have intrigue, intrigue and more intrigue.  Along with humor, romance, heartaches and reconciliation, secrets hidden and I emphasize secrets, and secrets revealed. It has an abundance love and support of family. But most importantly their Faith in God.

Disclosure
I received a free copy of this book from Litfuse Group/Revell/Baker Publishing for review.  I was in no way compensated for this review.  It is my own opinion.