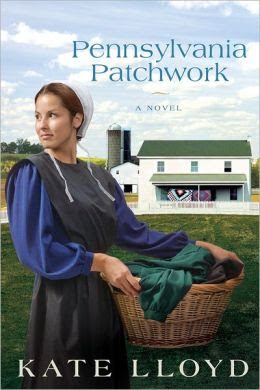 Seattle native Holly Fisher is smitten by Lancaster County, its simplicity and her long lost relatives. In the sequel to bestselling Leaving Lancaster, Holly embraces the Amish culture, learning to slow down to see what --- and who --- really matters.

Meeting the family that her mother had kept hidden from her, Holly comes face to face with her real life and blood legacy. She also falls for the charming Zach, a handsome Mennonite veterinarian who is everything she's ever wanted in a husband: confident, kind, successful, and authentic. And Zach proposes marriage. Is this too soon? Is this the right choice? Mother and Amish grandmother think she's rushing into too much of a lifestyle change. Holly is in love with Zach and that precludes everything. Until she meets an attractive Amish man. And an old suitor shows up.

Pennyslvania Patchwork is the moving, richly told story of one woman's heart, her faith and trust, and the choices she makes. Never easy, but one choice can change your destiny. 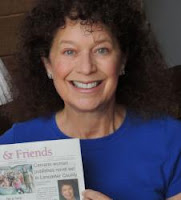 
Author Kate Lloyd is a passionate observer of human relationships. A native of Baltimore, Kate spends time with family and friends in Lancaster County, PA, the inspiration for her novels. She is a member of the Lancaster County Mennonite Historical Society. Kate and her husband live in the Pacific Northwest. Kate studied painting and sculpture in college. She's worked a variety of jobs, including car salesman and restaurateur.

Learn more about Kate at http://www.katelloyd.net


Kate Lloyd is celebrating the release of book two in her Legacy of Lancaster Trilogy, Pennsylvania Patchwork, by giving away an authentic Amish-made quilt!

One "grand" winner receive:
Enter today by clicking one of the icons below. But hurry, the giveaway ends on June 29th. Winner will be announced on July 1st at Kate's blog.

Holly Fisher lives under the same roof with her mother who is soon to be baptized Amish and her grandmother whom she was just recently united with due to the fact Holly was told her   grandmother was not alive.

In their home the drama level is at a very high level.

Holly is trying to decide if she still wants to marry a Zach, the Mennonite veterinarian or convert to Amish and marry an Amish man.  But wait!  There is also an Englischer friend that has decided he wants to be more than friends with Holly and presents with a proposition he thinks she will not resist.

It appears Holly has enough drama just by herself but then her mother, Esther was suppose to be getting married to Nathaniel and now the Bishop has come up with a very good reason why she may not get to marry Nathaniel.

Holly's grandmother, Anna is having health problems and showing signs of dementia needing more care than a toddler.  Her cooking and dropping off to sleep at any given time is proof her memory and health are failing.

I was under the impression that life among the Amish was plain and peaceful.  Evidently not! The author's imagination must have been working on triple time.  Having raised several daughters I know how drama can build.

I tried to think of who was my favorite character in this story and I have to say Anna the feisty grandmother.  She may have been in bad health but the author gave her a big personality.  Anna was one sneaky, persistent and sometime sweet old lady.

What really got on my nerves was the constant friction between Holly's so called suitors.  They bickered so much I wanted to bop them upside their head.  The story could have done with less of their bickering.

I suggest you read book one to really appreciate book two. All said, I do recommend this book.

Considering the positive over the negative of this story I have rated the book a 4 out of 5.

Disclosure:  I received a free copy of this book from Litfuse Publicity Group/David C. Cook for review.  I was in no way compensated for this review.  This review is my honest opinion.