Road To the Christy's 2013 ~ Wedded to War ~ Heroines Behind the Lines: Civil War, Book 1, by Jocelyn Green 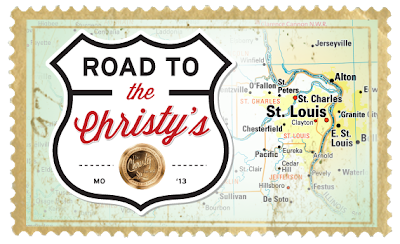 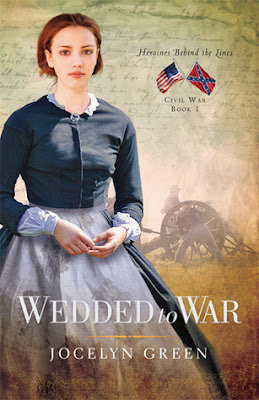 Tending to the army's sick and wounded meant leading a life her mother does not understand and giving up a handsome and approved suitor. Yet Charlotte chooses a life of service over privilege, just as her childhood friend had done when he became a military doctor. She soon discovers that she's combatting more than just the rebellion by becoming a nurse. Will the two men who love her simply stand by and watch as she fights her own battles? Or will their desire for her wage war on her desire to serve God?

Wedded to War is a work of fiction, but the story is inspired by the true life of Civil War nurse Georgeanna Woolsey. Woolsey's letters and journals, written over 150 years ago, offer a thorough look of what pioneering nurses endured. This is the first in the series "Heroines Behind the Lines: Civil War," a collection of novels that highlights the crucial contributions made by women during times of war.


Where to Buy: Amazon, CBD, Barnes&Noble 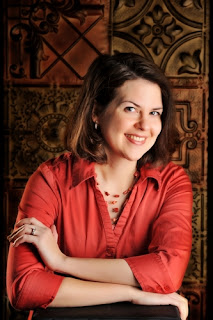 About Author
JOCELYN GREEN is an award-winning author, freelance writer and editor. A former military wife, she authored, along with contributing writers, Faith Deployed: Daily Encouragement for Military Wives (Moody 2008) and Faith Deployed . . . Again: More Daily Encouragement for Military Wives (Moody 2011). Jocelyn is also co-author for Battlefields & Blessings: Stories of Faith and Courage from the War in Iraq & Afghanistan (AMG Publishers 2009), which won the Gold Medal from Military Writers Society of America in 2010. She maintains her own award-winning Web site for military wives atwww.faithdeployed.com . She holds a B.A. in English from Taylor University, and is an active member of the Evangelical Press Association, the Advanced Writers and Speakers Association and the Christian Authors Network. She and her husband have two children and reside in Cedar Falls, Iowa.
Jocelyn's Website: http://www.jocelyngreen.com/

Charlotte wants to become a nurse as her part in serving God and her country.  It has nothing to do with money or status, far from it.  She has to go against her mother, her beau and just about everyone that crosses her path in the struggle to become a nurse.  The Army and the medical field do not want women in any way involved the war.  The nurses were treated without respect by the majority of the doctors and at times to the point of putting there lives in danger.  Women were suppose to stay at home and wait for the men to return and they were allowed ready supplies like bandages, socks, blankets and such to send to the soldiers.


Charlotte is one determined head strong woman and will not let anyone or anything stand in her way to become a nurse even if it does mean to be sent into the fields of battle to care for the wounded soldiers.  Her childhood friend is a physician in the Army. He encourages her to go where God leads and to listen to God's voice.  But her beau will stop at anything to bring her back home even if by force.


This book gripped my heart and angered me at the disrespect these devoted and loving women went through to help care for the soldiers.  I could not put the book down.  It was riveting!  The author gives us intrigue, adventure, mystery, suspense, romance and a commitment to oneself and God.

Disclosure: I received a free copy of this book from Moody Publishing Newsroom for review.  I was in no way compensated for this review.  It is my honest opinion.