Bring Your Money Into the Light Article, written by Christy Fitzwater, author of the e-book Going Cash, Free ebook 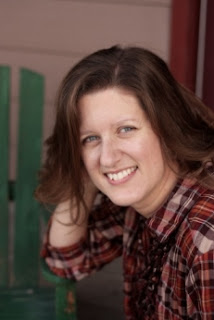 For the first two decades of our married life, I handled all the finances and did it poorly. Of course, I didn't know I was doing it poorly, but now I do.

I thought it was great that I was taking care of the money, so my husband didn't have to worry about it. It seemed like a good wifely thing to do, taking that burden off his already heavy plate. But now I see that what happened was me and the money went into a dark room, and bad things happen in the dark.

Matt's really frugal, and he didn't need money for stuff most of the time. But then every once in a while he would say, Hey, can we buy... I would go ballistic. Are you crazy? Do you know what our finances look like? No we don't have money for that!

Of course he didn't know what our finances looked like.

The money was in the dark.

A few years ago my monthly spending got really bad. We were starting to spend money we didn't have, encroaching into the next month's paycheck ---a dangerous place to be. I realized one day that I was swiping the debit card without evening looking at the amount I was spending. I would leave the grocery store having no clue what I had just done to our monthly budget.

Until the bank statement came, and I would be appalled at what I had spent. But that's what happens when the money is in the dark.

So in frustration three years ago, I decided to follow my friend's lead and go to using all cash.

You know what happened? I went to the bank and saw the money in the envelope. I put money for Matt in
separate envelopes for his spending ---right out there where he could see how much he had. I placed real money in see-through plastic sleeves in a purse-sized money organizer. Now even the kids can see how much clothing and allowance money they have.

Jesus says, "Everyone who does evil hates the light, and will not come into the light for fear that his deeds will be exposed. But whoever lives by the truth comes into the light, so that it may be seen plainly that what he has done has been done through God." (John 3:21 NIV)

I used to be horrified to talk to Matt about the state of our finances. It didn't seem nearly so bad when it was just me and the money in the dark, but when I pulled out the truth for him to see I would realize how bad it was. Now that we have gone to using all cash, I have no shame. We all can see how much money there is. Our spending is well under control. (Thank God!) It has brought a peace into our marriage that I didn't know was missing until I experienced it.

So let me ask you---is your money in the dark where things go bad, or have you brought your finances into the light?