The Heiress of Winterwood by Sarah Ladd ~ Giveaway 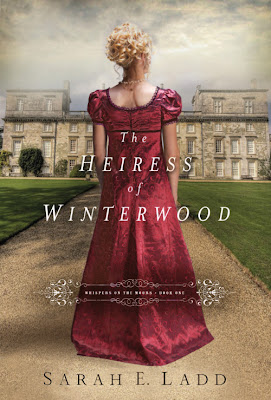 Amelia Barrett gave her word. Keeping it could cost her everything.

Amelia Barrett, heiress to an estate nestled in the English moors, defies family expectations and promises to raise her dying friend's baby. She'll risk everything to keep her word-even to the point of proposing to the child's father-a sea captain she's never met.

When the child vanishes with little more than an ominous ransom note hinting at her whereabouts, Amelia and Graham are driven to test the boundaries of their love for this little one.

Amelia's detailed plans would normally see her through any trial, but now, desperate and shaken, she's forced to examine her soul and face her one weakness: pride.

Graham's strength and self-control have served him well and earned him much respect, but chasing perfection has kept him a prisoner of his own discipline. And away from the family he has sworn to love and protect.

Both must learn to have faith and relinquish control so they can embrace the future ahead of them. 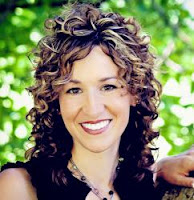 Sarah E. Ladd has more than ten years of marketing experience. She is a graduate of Ball State University and holds degrees in public relations and marketing. Heiress of Winterwood was the recipient of the 2011 Genesis Award for historical romance. Sarah lives in Indiana with her amazing husband, sweet daughter, and spunky Golden Retriever.
Find out more about Sarah at http://www.sarahladd.com.

Sarah Ladd is celebrating the release
of The Heiress of Winterwood with a
Downton Abbey Kindle Prize Pack Giveaway!

One winner will receive:
Enter today by clicking one of the icons below. But hurry, the giveaway ends on April 30th. Winner will be announced on 5/2/13 {HERE}.

Amelia Barrett,  after nine months she still grieves the loss of her friend Katherine Sterling, whom died shortly after giving birth to a precious baby girl.  Amelia has promised her friend to care for and stay with her baby always.  The baby's father is Captain Graham Sterling at sea and has not, as yet, meet his daughter.

Amelia is heiress to the Winterwood estate in Darbury, England.   She is engaged to be married and her fiancee has made it clear to her that he does not want to raise the child, he insist she send the child away after they marry.  She refuses and he becomes a totally different man from the one that she had agreed to wed he tries to dominate her actions.  She will do anything to keep the child at Winterwood with her, even if it means breaking her engagement.  She fells as if she were the child's real mother and could never give her up.

Graham the child's father has just arrived to meet his daughter and make arrangements for her care once he returns to sea.  He is staying with his brother at the estate that is next to Winterwood's estate.  He finds his daughter to be the image of his deceased wife.  He has great admiration of Amelia for the love and care she has bestowed upon his daughter in his absence.  Just maybe she would be able to continue to be his daughter's guardian while he is at sea.

Within just a few days of his arrival his daughter is kidnapped and there is several different suspects that could be responsible for the kidnapping.  Graham and Amelia create a bond while searching for the child. It is very apparent they both dearly love the child.  They must call on God to give them faith, courage and strength to get through this harrowing experience.  They trusted God to keep the child safe in His arms.

This was an exciting read that I managed to read in one day.  I could not put it down!  It was full of action and kept you guessing as to who was responsible for the kidnapping.  The two main characters both showed resistance in opening their heart and their trust to anyone.  The author writes that when the characters putting all into God's will their hearts softened willingly them to trust in their loved one again.

Disclosure:  I received a free copy of this book from Thomas Nelson/Litfuse Publicity Group for review.  I was in no way compensated for this review.  This review is my honest opinion.