IT HAPPENED AT THE FAIR by DEEANNE GIST ~ GIVEAWAY 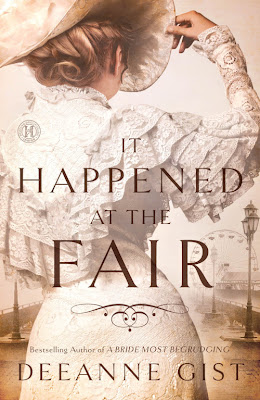 More about It Happened at the Fair:

A transporting historical novel about a promising young inventor, his struggle with loss, and the attractive teacher who changes his life, all set against the razzle-dazzle of the 1893 Chicago World's Fair.

Gambling everything, including the family farm, Cullen McNamara travels to the 1893 Chicago World's Fair with his most recent invention. But the noise in the Fair's Machinery Palace makes it impossible to communicate with potential buyers. In an act of desperation, he hires Della Wentworth, a teacher of the deaf, to tutor him in the art of lip-reading.

The young teacher is reluctant to participate, and Cullen has trouble keeping his mind on his lessons while intently watching her lips. Like the newly invented Ferris Wheel, he is caught in a whirl between his girl back home, his dreams as an inventor, and his unexpected attraction to his new tutor. Can he keep his feet on the ground, or will he be carried away? 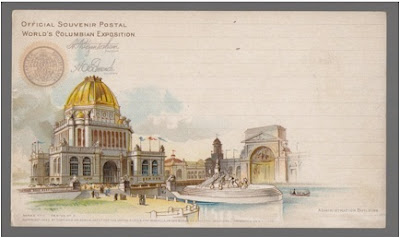 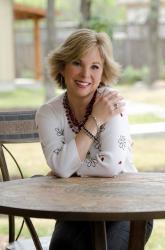 Deeanne Gist---known to her family, friends, and fans as Dee---has rocketed up bestseller lists and captured readers everywhere with her very fun, very original historicals. She has received numerous RITA nominations, two consecutive Christy Awards, and rave reviews. Deeanne has a background in education and journalism and a degree from Texas A&M. She has written for People, Parents, and Parenting. She lives in Houston, Texas, with her husband and has four grown children.

She has a very active online community on her website at IWantHerBook.com and at Facebook.com/DeesFriends. 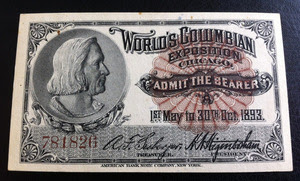 Deeanne Gist is celebrating the release of It Happened at the Fair with an iPad Mini Giveaway and a Live Author Chat Webcast event {5/22}!

One "fair" winner will receive:
Enter today by clicking one of the icons below. But hurry, the giveaway ends on May 21st. Winner will be announced at the "It Happened at the Fair" Live Webcast Event on May 22nd. Connect with Deeanne for an evening of book chat, trivia, laughter, and more! Deeanne will also be taking questions from the audience and giving away books and fun gift certificates throughout the evening.

So grab your copy of It Happened at the Fair and join Deeanne and friends on the evening of May 22nd for a chance to connect and make some new friends. (If you haven't read the book, don't let that stop you from coming!)

Don't miss a moment of the fun; RSVP today. Tell your friends via FACEBOOK or TWITTER and increase your chances of winning. Hope to see you on the 22nd! 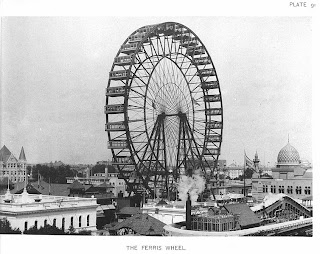 Cullen McNamara can't believe his father went behind his back and entered his invention in the exhibition at the 1893 Chicago World's Fair.  There is no way he can go since there is no one to help with the farm and his father unable to do the work.  But his father had already paid for the train ticket, entry, along with room and board.  This money was non-refundable.  They are barely surviving how did his father get the money for all of this?

When he arrives at the fair and gets settled in the fair's Machine Hall the noise was so intense that he could hardly hear when someone talked to him. He was deaf in his right ear and loosing his hearing in his left ear how was he going to communicate with potential buyers if he couldn't hear.  Someone recommended he learn to read lips.  He  was told of a young woman, a Miss Della Wentworth, at the fair that worked with deaf children so he made arrangements with her to teach him lip-reading.  All he had to do was be her guide and escort in the evening to tour the fair.  She was young and attractive therefore having to spend so much time concentrating on her lips was creating havoc with his emotions.

Will he be able to continue with his exhibit or will he have to return home a failure, again?  There was little left of his father's money and a large debt that needed to be payed down.  He had to succeed!

The author writes of hard times for our nation at the same time of the 1893 Chicago World Fair.   She had provided many astounding images of the fair.  I had no idea of the advancement in architecture and machinery in the latter 1800's.  To make it even more interesting she adds romance between a young man and woman that are part of the exhibition    A beautiful love story in the midst of secrets and a need to succeed.  The author shows us how reaching out to God in all things that he will make our paths straight.  Always looking for the good in a bad situation.

Disclosure: I received a free copy of this book from Author/Simon and Schuster/Litfuse Group for review. I was in no way compensated for this review.  This is my honest opinion.