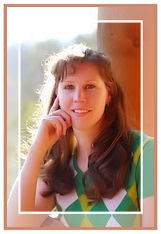 A military spouse, April has performed the art of homemaking all over the world. Currently, she lives in Georgia with her two children, and USAF spouse. She is unashamedly a child of the King. In her free time, April enjoys reading, solving her Rubiks Cube, and DIY. In no particular order, she dreams of owning a horse, visiting all the national parks, and speaking Italian.

She is the founder and senior editor of the literary site, Clash of the Titles, and the author of the award-winning novel, Wounded Spirits. 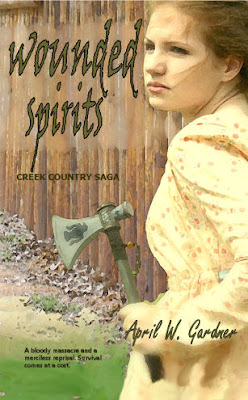 Survival comes at a cost.

On the frontier, Adela McGirth’s life is simple, rugged, and exactly to her liking. Her greatest concern is whether to marry the settlement’s most eligible young officer. When a distant war among the Natives spills over into a nearby skirmish, life takes a perilous turn. Deep in enemy territory Adela must choose between the man she loves and a baby that has yet to be born.

A peace-loving yet loyal Creek warrior, Totka is forced to align with the extremist Red Stick faction whose purpose is to eradicate the Whites from Creek soil. In the midst of battle, Totka is assigned to protect those he is expected to hate–and kill. Life was simpler before his enemy became a beautiful face with a quiet strength and dignity he cannot resist.

Adela McGirth is confused as to whether she should marry a young soldier she has know since childhood. She enjoys the attention he gives her and he makes her heart race, but she doesn't know if she wants to spend the rest of her life with him.  Besides all that her one of her sisters has spoken many times about wanting to marry him.

The frontier was far from being tamed.  The land her family owns is settled but they have been warned that the Creek Indians could possibly attack the white settlement. So all the families in the surrounding area decide to build a fort in hopes it will protect them in case of attack. Adela's father left the fort in order to check on their farm and Adela felt it her responsibility to look after her two sisters and their mother while he was away. This may be harder to do than she could have ever imagined.

Totka, a young Creek warrior is ordered by his brother to protect the the white woman and her daughters. How could he protect the very people he was at war with? He took his responsibility serious and tried to make sure they were kept from harm, especially now that he has lost his heart to the brave young white woman.

I was so pulled into this book! The author made me feel as if I was living through all the pain and sorrow with these women. I continue to be amazed at the faith in God, bravery and fortitude the women had to have in order to stay alive back then.

When I finished reading the book I couldn't wait to read book two, The Warring Spirits.

Disclosure
I won this book on a blog giveaway contest and was provided a copy by the author. I was in no way compensated for this review. It is my own opinion.